Stanislaus State, along with Cal State Fullerton, has been selected to be an early adopter of the Common Human Resources System (CHRS).  CHRS is a multi-year effort to create a single Human Resources system for all 23 campuses in the CSU. CHRS includes upgrading to the latest version of PeopleSoft (9.2) and adding custom modifications that will allow the software to meet the needs of the California State University system. As part of Wave 1, we will be partnering with the Chancellor’s Office CHRS Program Team, Cal State Fullerton, and our own campus module teams to ensure the software meets the needs of our campus and the system as a whole.

The implementation kicked off in early March 2020, when a team of experts from Stan State traveled to the Chancellor’s Office to collaborate with the CHRS Team and Cal State Fullerton. 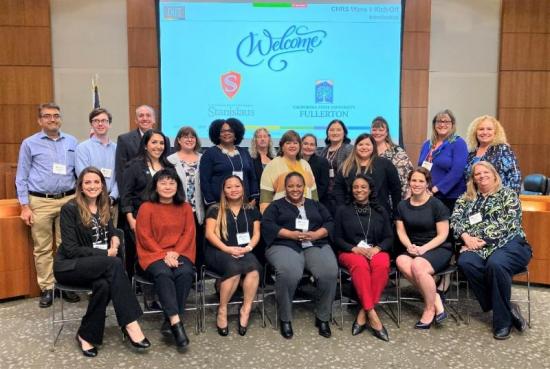 Current timelines show CHRS going live in late 2021 at Stan State. The timeline allows for extensive testing of the system from many areas across the campus.

Additional information and resources about ADA can be found on the U.S. Equal Employment Opportunity Commision's website.

Additional information about requesting a reasonable accommodation can be found on the U.S. Department of Labor's website.