A review of student Satisfactory Academic Progress toward an eligible degree or certificate is required by federal, state, and institutional rules as one condition for financial aid eligibility. Students who fail the standards are not making satisfactory academic progress and are not eligible for financial aid funding unless the student submits an appeal and the appeal is approved. SAP is reviewed at the end of every payment period.

Students must be accepted for admission to Stanislaus State and remain in good standing according to academic standards regarding probation and disqualification which are published in the University Catalog.  Academic disqualification will result in an automatic cancellation of the financial aid awards.  Satisfactory completion of course work means that a student has received a grade of “A”, “B”, “C”, “D” or “CR” in a class.  Course grades of “F”, “NC”, “U”, “I”, “SP”, “W”, “RD”, “RP”, or “AU”, will not be counted as satisfactory completion of units in relation to financial aid eligibility.  Academic skills courses taken at Stanislaus State will be counted.

This policy has FOUR parts. All four conditions must be met.

Students who do not meet SAP cannot receive financial aid until after they submit an appeal and the appeal is approved by the Financial Aid and Scholarship Office.  The appeal must include supporting documentation if applicable. If an appeal is not received, the student is required to pay registration fees. Appeals are reviewed by the Financial Aid and Scholarship Office and it reserves the right to deny an appeal.

Part One: Pace of Progression

We assess the acceptable passing rate standard as a ratio of all Stanislaus State units earned to all Stanislaus State units attempted. Students must have passed at least 70% of all the units they attempted.  Grades of F, I, NC, W, and WU count as units attempted with zero units earned.  Students that fail the first time will be placed on warning.  If they fail to meet the acceptable passing rate for a second consecutive term, they will be disqualified from receiving financial aid and will need to go through the appeal process.  Students that are not meeting pace of progression standards will also be reviewed to determine if they will be able to complete their degree within the acceptable unit limit.

Students are required to meet the academic standing consistent with the University’s requirements for graduation.  Students disqualified by the University are ineligible for financial aid based on acceptable Grade Point Average standards.  Students are not eligible for financial aid until after an official re-admittance to Stanislaus State.  Re-admitted students must notify the Financial Aid and Scholarship Office they are no longer in a disqualified status and are officially re-admitted.  Students that are re-admitted must follow the appeal process described in the satisfactory academic progress appeal instructions.

Students working toward their first undergraduate degree are limited to 180 attempted units (including transfer units) and 150 completed units (including transfer units). Once students reach 130 completed units or 150 attempted units, they will be placed on warning. Per  federal regulations, students can only be in warning status for one semester.  Students that are not meeting satisfactory academic progress in the following semester will need to submit an appeal with a plan for graduation. Students are expected to complete all their majors and minors within the allotted timeframe.  Completing a second major or a minor is not a sufficient reason to not complete their program within the time frame.  Students that changed majors may find themselves reaching their unit and time limits.  Those students in this situation will need to submit an appeal and their case will be reviewed on a case-by-case basis.

A student disqualified from financial aid due to unsatisfactory academic progress may be reinstated after re-establishing satisfactory academic progress.  It will be the student’s responsibility to present documentation of completed units to the Financial Aid and Scholarship Office with a written request for reinstatement.  Any award of financial aid following reinstatement will be subject to the availability of funds.  No funds will be reserved for disqualified students.

Students that are place on academic probation will be placed on a warning status.  Students with a warning status will be able to receive financial aid.  Students must meet SAP standards by the end of that term in order to continue receiving financial aid.  Students that are placed on academic probation for a second, consecutive term will fail Satisfactory Academic Progress standards and will need to appeal their status.

Students that are registered in the same course twice or more and have completed the course with a passing grade of A, B, C, D, or CR at least one time, will not be funded. Federal Regulations does not allow students to be funded for multiple repeated courses. In some cases, a course can be considered repeatable, if instruction is different from the previously taken or required for the program.

Undergraduate students that are pre-nursing or undeclared will be in a warning status between 60 and 69.9 units.  If a pre-nursing student or undeclared major student hits 70 units, they will fail SAP and must be admitted into the nursing program or declare a major before an SAP Appeal is reviewed.  At advisor discretion, if student is meeting all other SAP requirements, the student doesn’t need to appeal.  They can just declare a major and it must reflect in PS.  Once this happens, they can be funded.  Students that declare a major, must take courses in that major in order to be funded.

Students who are disqualified due to unsatisfactory academic progress or exhaustion of maximum unit eligibility will be notified in writing (by email) of their disqualification.  Exceptions may be requested on a case-by-case basis when a student feels there are mitigating circumstances beyond his/her control which warrant special consideration.  A student cannot use the same reason for multiple appeals.

A student will be required to submit, as part of the appeal, information regarding why the student failed to make SAP, and what has changed in the student's situation that would allow the student to demonstrate satisfactory academic progress at the next evaluation.

At least one of the following conditions must be documented in order to file an appeal:

Appeals will NOT be accepted for the following conditions:

If the appeal is approved, the student will be placed on probation or will need to follow an Academic Plan.

All of the following documents must be returned to the Financial Aid and Scholarship Office.  Incomplete packets will be denied.

Please be advised that the disclosure of discrimination, harassment, sexual misconduct, domestic or dating violence, stalking, or abuse of a minor will be referred to the appropriate campus or legal authorities. Your statement will remain private to the extent possible but subject to disclosure by the financial aid & scholarship office as required by applicable executive orders and federal and state laws.

Students that have their SAP appeal approved will be placed on probation for the following term.  Students have only one term to improve their academic performance.  Financial aid will not be extended past a student’s probationary term if they are not meeting SAP at the end of the term.  Students that are being funded for one last term will have their SAP approved under a probation status.

If it is determined that a student will need more than one probationary term, the student may be placed on an academic plan.  A student who is placed on an academic plan will generally receive a specific stipulation for progress during the subsequent semester(s) that will ensure the student will be able to meet SAP standards by a specific point in time.   The student must not deviate from this stipulation without the prior approval of a financial aid advisor.  Lack of prior approval is grounds for immediate cancellation of the financial aid award.  An academic plan may include the following: 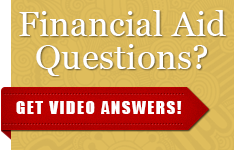