According to the Center for Disease Control and Prevention (CDC), cigarette smoking causes more than 480,000 deaths each year in the US; including an estimated 42,000 deaths resulting in secondhand smoke exposure.

Secondhand smoke is both the smoke from the burning end of a cigarette, pipe or cigar, and the smoke that is exhaled by smokers. The US Surgeon General says there is no safe level of exposure to secondhand smoke. Secondhand smoke causes numerous health problems in infants and children, including asthma and complications from asthma, respiratory infections, ear infections, and sudden infant death syndrome (SIDS). In adults, secondhand smoke can cause coronary heart disease, stroke, and lung cancer. 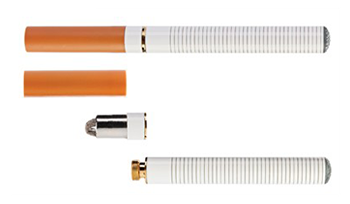 According to the Federal Drug Administration (FDA), electronic cigarettes, also known as e-cigarettes, are battery-operated products designed to deliver nicotine, flavor and other chemicals. They turn chemicals, including highly addictive nicotine, into an aerosol that is inhaled by the user.

E-cigarettes have not been fully studied, so currently it is unknown:

Additionally, it is not known whether e-cigarettes may lead young people to try other tobacco products, including conventional cigarettes, which are known to cause disease and lead to premature death.

Hookahs are water pipes that are used to smoke specially made tobacco that comes in different flavors. Hookahs vary in size, shape, and style. According to the Centers for Disease Control and Prevention, hookah smoking has many of the same health risks as cigarette smoking. It is NOT a safe alternative to smoking cigarettes.

Using a hookah to smoke tobacco poses serious health risks to smokers and other exposed to the smoke from the hookah. Learn more about the potentially harmful effects of hookah smoke.