Racially Restrictive Covenants in Modesto, California & the use of GIS

GIS stands for Geographic Information Systems. The GIS Day takes place during the middle of the Geography Awareness Week. The GIS Day is and annual and worldwide event celebrated for the first time in 1999 by the National Geographic Society, the American Association of Geographers, and the Environmental System Research Institute (ESRI), which is the developer of the ArcGIS Pro, a GIS software widely use.

Reviewing the Urban Historical Geography of Racially Restrictive Covenants (RRCs) it is important.  After the Great Depression prompted the National Mortgage Crisis of the 1930s, legislation from the New Deal provided a shift on mortgage lending.  The Federal Government backed mortgage lending not just as a path to increase homeownership but also wealth accumulation.  However, not everybody was treated equally.  Non-white communities were redlined and housing developments and housing deeds on those developments started to add Racially Restrictive Covenants with a similar language to this:

“H) That said lots, or any portion thereof, shall not be used in any manner whatsoever or occupied by any Negro, Chinese, Japanese, Hindu, Malayan, Mexican, Cuban, or native of the Turkish Empire, or any person not of the Caucasian race, or descent thereof except as the servant of the occupant.”

These Racially Restrictives Covenants were used across the United States and Modesto was not an exception.  These records show how RRCs were used in Modesto mainly around the 1930s, 1940s, and 1950s.  Although these restrictions are not applicable nowadays, their effects continue haunting the deepest fabric of our society.

For Closed Captions in English or Spanish click on

available at the bottom right in yourselected video.

Presentation with closed captions in English

Sharon Froba | Sharon Froba founded Modesto High School’s annual Day of Respect in 1998. Day of Respect has been featured on Inside California Education, a show on PBS, KVIE Channel 6, and the Modesto Bee.  As a retired teacher, Sharon has continued working for our community.  Sharon and David took on the painstakingly difficult task of collecting and identifying documents from the Stanislaus County archives on Racially Restrictive Covenants in Modesto.

Go to the web mapping apllication !!! 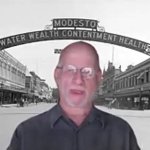 David Froba, JD | As a retired attorney at law, David Froba has helped uncover over one hundred subdivisions, and counting, with racially restrictive covenants (RRC's) In Modesto. RRC's were used as a legal tool to segregate many cities across the United States, and Modesto was no exception. These records show how RRCs were used in Modesto mainly around the 1930s, 1940s, and 1950s.

Go to the web mapping apllication !!! 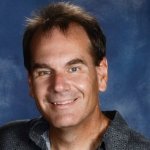 Mr. Cameron Pallotta, M.S. | is lecturer in the Geography Program and the Geography GIS computer lab manager at California State University, Stanislaus. Mr. Pallotta has helped us with several key components during this process.

Get to know more about Cameron's work 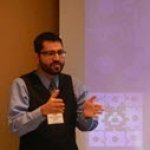 José R. Díaz-Garayúa, Ph.D. | He is Associate Professor of Human Geography and Geographic Information Systems (GIS) at California State University Stanislaus.  He is co-Director of CASA, the Center for Applied Spatial Analysis.  His research focuses on inequities with emphasis on race, ethnicity, and place.  One of his interests spin around the intersection of Geography (Geographic Thought, Spatial Thinking, and GIS) and the Humanities (particularly the human experience and cultural studies).

Get to know more about José's work

This program was made possible with the support from: