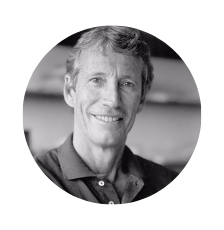 Project Rebound was created in 1967, by the late Professor John Irwin. Dr. John Irwin, formerly incarcerated himself, earned his Doctorate and taught at San Francisco State. He created Project Rebound to assist students from the juvenile or adult justice system with the enrollment process. Since then, there have been seven additional Project Rebound Programs developed in universities throughout California with Stanislaus State representing the ninth.

In 1952, John Irwin (1929-2010) robbed a gas station and served a five-year prison term for armed robbery in Soledad Prison. During his time in prison he earned 24 college credits through a university extension program. After his release from prison, Irwin earned a B.A. from UCLA, a Ph.D. from UC Berkeley, and then served as a Professor of Sociology and Criminology at San Francisco State University for 27 years, during which he became known internationally as an expert on the U.S. prison system.

In 1967, Irwin created Project Rebound as a way to matriculate people into San Francisco State University directly from the criminal justice system. Since the program’s inception, hundreds of formerly incarcerated people have obtained bachelor’s degrees and beyond.

In 2016, with the support of the Opportunity Institute and the CSU Chancellor Timothy White, Project Rebound expanded beyond San Francisco State into a consortium of fourteen CSU campus programs. Since 2016, Project Rebound students system-wide have earned an overall grade point average of 3.0, have a zero percent recidivism rate, and 87% of graduates have secured full-time employment or admission to postgraduate programs.