From Rankings and Research to Recognition of a Stupendous Scholar, Stan State Enjoyed an Eventful September

Stanislaus State’s fall semester has been underway for a little more than a month, and the University has already earned several noteworthy laurels. Here’s a recap of highlights from the past month:

Ranking Revelations: The Washington Monthly and The Princeton Review released their annual college rankings in late August, and Stan State maintained its standing among the top public universities in the Western United States. First up: Stan State earned a Top 10 spot on the Washington Monthly’s “Best Bang for the Buck” in the West list, placing No. 7.  Meanwhile, the University made its 16th consecutive appearance on The Princeton Review's national Best 387 Colleges list.

On Sept. 13, U.S. News & World Report issued its annual Best Colleges rankings and Stan State was included among the top 30 Universities in the West in four categories, including No. 6 for social mobility and the No. 12 top public school.

Lastly, the Association for the Advancement of Sustainability in Higher Education (AASHE) ranked the University in the top 10 among 674 campuses nationally for well-being and work. The ranking stems from Stan State’s silver rating in the Sustainability Tracking, Assessment and Rating System (STARS) awarded by AASHE in 2020.The results, based on a three-year period (2018-20), will appear in the organization’s November publication and come ahead of National Campus Sustainability Month.

Feeling ‘Gold’en: The Offices of Communications and Public Affairs and Extended and International Education earned honors from the Council for Advancement and Support of Education (CASE) and MarCom Awards for a host of communications, marketing and campaign projects in 2020 and 2021.

Awarding Academic Excellence: On Sept. 13, the CSU Office of the Chancellor announced Stan State nursing student Tonya Hensley as the 2021 Trustee Emeritus Ali C. Razi Scholar Award winner. Each year, the California State University honors 23 students, one from each campus, who are selected to receive a Trustees’ Award for Outstanding Achievement, the CSU’s highest student recognition. The Razi Scholar Award honors the top Trustees’ Award recipient. “Being a good role model to my kids is one of the most important things to me,” Hensley said. 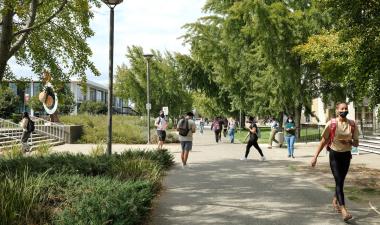 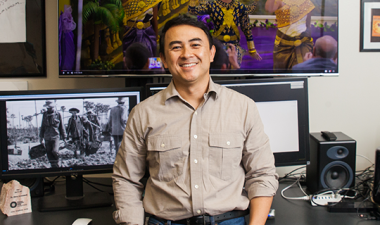 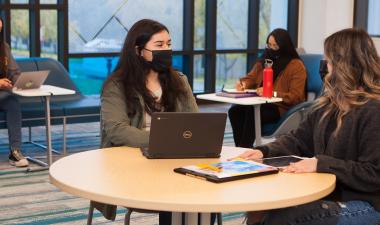