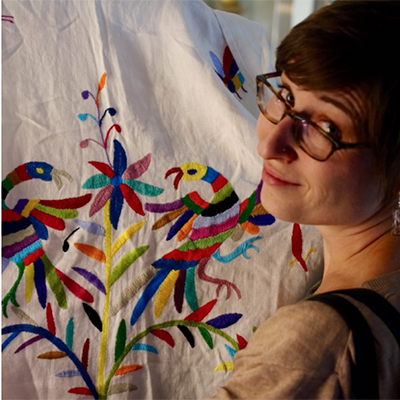 My research examines asylum policy in Mexico during the 1940s and 1950s. I highlight the relationship between the Mexican state and political exiles who sought refuge from dictators throughout Central America and the Caribbean. I use asylum as a lens onto foreign relations and policy-making during a period when the Mexican government was shifting away from its commitment to the revolutionary objectives of previous generations. My work engages with new scholarship on Mexican history—and particularly the study of Mexican foreign relations—that de-centers the country’s relationship to the United States.

In addition to my historical research, I am currently collaborating with colleagues at Stony Brook University to develop an online simulation game based on the Spanish-Aztec War. We are researching the game’s impact on student engagement and its potential to improve learning outcomes in history classrooms.

“Working together for ‘the redemption of mankind’: Mexico, the Americas, and the World in the Post-War Moment,” Annual Meeting of the American Historical Association, Washington DC, January 7th 2018

“From Chapultepec to Bogotá: Mexico and the Promotion of Human Rights in the Post-War Moment,” Annual Meeting of the Rocky Mountain Council of Latin American Studies, Salt Lake City UT, April 5th, 2017.

“Assassins or Asilados? Anti-Communism and the Politics of Asylum in Cold War Mexico: The Case of Jaime Rosenberg and Rogelio Cruz Wer,” Annual Meeting of the Conference on Latin American History, Atlanta GA, January 10th 2016

“The Language of Song: Folk Music and Solidarity in the Americas, 1967-1971,” Annual Meeting of the Conference on Latin American History, New York NY, January 3rd 2015