I am Professor of Paleobiology and Geology at California State University, Stanislaus. I have a background in both biology and geology. My B.S. is in Biology from the College of Idaho. My M.S. is in Quaternary Studies from Northern Arizona University in Flagstaff. My thesis was on Pliocene-Pleistocene vertebrates and magnetostratigraphy of southwestern Idaho. During that time, I worked for the U.S. Geological Survey’s Paleomagnetics Lab in Flagstaff. My Ph.D. is from Louisiana State University (Department of Geology and Geophysics), where I was collections manager of vertebrate paleontology in the Museum of Natural Science. My dissertation was on Late Cretaceous vertebrates and magnetostratigraphy of Big Bend National Park, Texas.

My current research is on 5 million year old giant salmon, tortoises, and other fossils from the Mehrten Formation exposed in and around Turlock Lake. Additionally, we are studying the sedimentology and depositional environments of the Mehrten.

Students, if you are interested in participating, let me know. 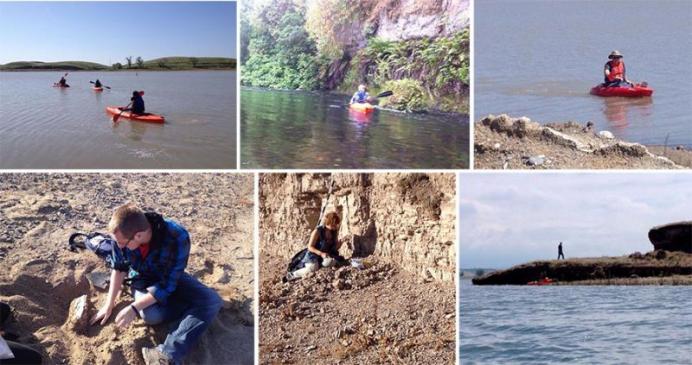 Currently I am very active with the C of I Museum, and am on the board of directors. I am also on several committees, including the exhibits committee, where I will be helping revamp the paleobiology/geology exhibits.

Students, if you are interested in participating, let me know.