All Dr. Elvin A. Alemán 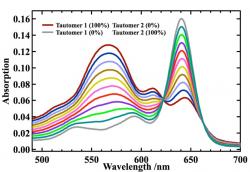 Photophysical, Electrochemical, and Spectroelectrochemical Characterization and Solvent Effect on the Tautomerism of Free-Base Corrole

Photophysical Characterization of Fluorescent Base Analogs to Study DNA Base Flipping

Several fluorescent base analogs (FBAs) have been synthesized during the last four decades.  The fluorescence properties of these FBAs can be used to probe base flipping, which can be induced from the interaction of an enzyme with an FBA-substituted DNA. In this project, we are developing assays to monitor base flipping mechanism in DNA-enzyme complexes in real time using FBAs. 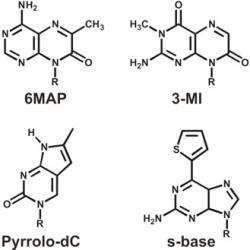 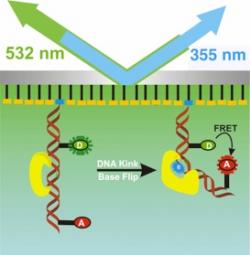