Stages of the Self-Study Review Process

During the 2016-17 and 2017-18 academic years, the institution underwent an intensive multi-phased, multi-pronged self-study that involved University stakeholders across the Turlock and Stockton campuses.  The self-study conducted by the University’s WASC Steering Committee included several stages, at times overlapping, informing the process as it was evolving. 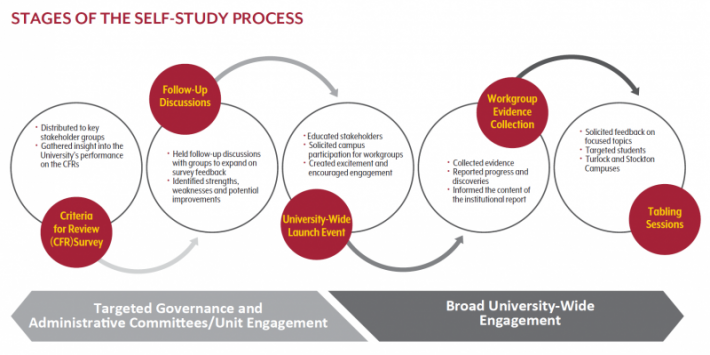 Learn more about the Stages of the Self-Study Process

In addition, An extensive university-wide validation process of the institutional report was conducted which culminated with an affirmative vote as a consent item by Academic Senate on May 8, 2018

Early self-study data gathered from the Transition Team and USPC, in addition to other institutional reports, including the University’s Graduation Initiative 2025: First-Year Results and the institution’s National Survey of Student Engagement (NSSE) 2017 and Faculty Survey of Student Engagement (FSSE) 2017 reports informed the development of an organic University-driven list of Strengths, Challenges, and Priorities Moving Forward.

Stanislaus State is positioned for financial stability and sustainability. Since 2012, the University increased its reserves by approximately $9M, from approximately $16M to $25 million. This strong footing is a result of several factors contributing to its overall financial picture.

Learn more about the Factors Contributing to Financial Stability and Sustainability

As documented in its March 6, 2015 letter, the Commission recommended continued work in the following three areas:

The University has taken significant proactive steps to make substantial progress in each of these three areas, with strong evidence supporting our achievements.

Learn more about the Response to Previous Commission Actions

Submit your questions and feedback for the WASC Steering Committee’s consideration to: elittlepage@csustan.edu or anonymously via a web form. 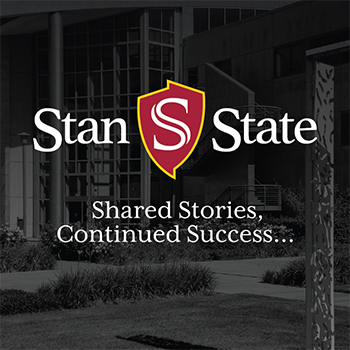