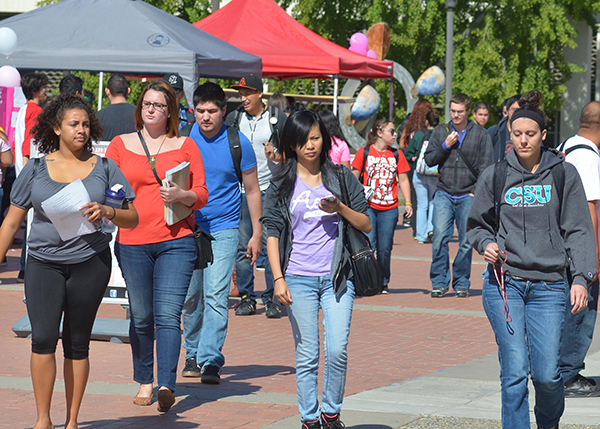 As part of President Obama’s push for accountability in higher education, the Department of Education has developed new criteria for measuring the effectiveness of the nation’s colleges, particularly in how they meet the goal of educating low-income students.

And in the first application of that criteria, Stanislaus State is on the list of the nation's 13 four-year public schools deemed worthy of special praise.

As reported in The Hechinger Report, “58 percent of the students at California State University, Stanislaus get Pell Grants, and 53 percent graduate within six years — an even higher percentage than the overall average graduation rate for that campus.” Those figures put Stanislaus State on the list of 13 public schools standing out in that particular presidential mandate.

The Obama Administration is pushing for public recognition of schools that excel in these prescribed areas of need, in order to encourage schools to admit more low-income students and help them graduate. The White House also hopes to be able to assist the effort by financially rewarding these high-achieving schools. President Obama’s 2017 budget request includes $5.7 billion in bonuses over 10 years to be shared among schools succeeding in these specific areas. The budget still requires congressional approval.

The Department of Education list is the latest public acknowledgement of the work Stanislaus State is doing to serve low-income students in a way that improves not only their lives but the lives of their families, and in turn benefits the economic future of the region.

Last July, Money magazine ranked Stanislaus State No. 1 among all U.S. public universities for helping its students “exceed expectations.” And last October, in a study commissioned by National Public Radio, the University was ranked No. 5 in the nation for the “upward mobility” of its students.