Begun under the hot August sun and literally running until the first days of December, Stanislaus State’s fall sports provided plenty to cheer about.

From the Women’s Cross Country team advancing to the National Championship to the Volleyball team posting the most successful season in school history, Warrior Athletics teams announced their return loud and clear.

“This has been a very exciting time for Warrior Athletics,” said newly named Athletics Director Aaron Allaire. “Last year we were just coming out of missing an entire year of competition due to the pandemic, and I think some of our programs needed time to rebuild and get back into a more normal mode for athletic participation.

“This fall, our teams were eager to compete, and they have represented our University well. To have two teams earn conference championships and one team a West Region championship in one semester is amazing. Our fall sports have energized the rest of our department, and I look forward to what can be accomplished the rest of the year.”

Senior Kaela Dishion became the Warriors’ third All-American in cross country by finishing in the top 40 at the national meet. She was 34th in the 6K race with a time of 21:16.5.

It was the second consecutive trip to nationals for the Warriors, who entered the championships ranked seventh in the nation.

The Warriors reached the national championship by winning the West Regional in Billings, Montana, as four Warriors placed in the top 25.

To have two teams earn conference championships and one team a West Region championship in one semester is amazing. Our fall sports have energized the rest of our department, and I look forward to what can be accomplished the rest of the year.”

The Warriors advanced to the NCAA Division II West Regional Championships, where they placed 14th in the 21-team field. Medhane Woldu paced the Warriors with a 50th-place time of 31:43.2 in the 10K race in Billings, Mont.

Stan State reached the West Regionals after finishing fourth at the 2022 California Collegiate Athletic Association Men's Cross Country Championships in Carmel. Woldu led the Warriors with a third-place time of 24:52.8 to earn All-CCAA honors. Teammate Cristian Alcantar was All-CCAA with a 14th-place finish, and Cooper Freeman was named the CCAA Freshman of the Year as the top freshman finisher with his 30th-place time of 26:11.3.

The fall season was a success for Stan State as it completed four tournaments and ranked third in the West Region and 21st in the NCAA Division II Golfstat National Rankings. 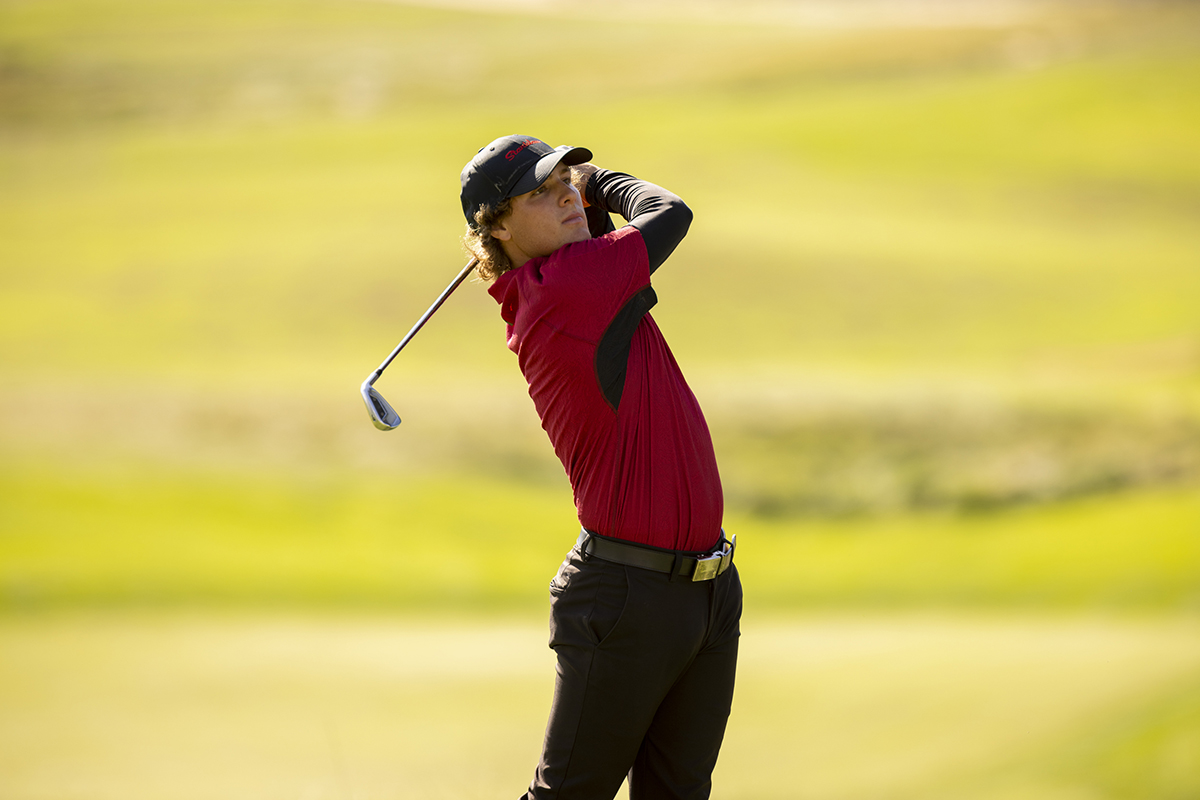 Chris Ebster began the season as the No. 1 golfer in the nation following his second-place finish at the Chico State Wildcat Classic, where he shot 131 over two rounds. He then tied for first place at the Hawaii Pacific Shark Shootout, shooting a 7-under on the second day to move from eighth place to first.

Nate Jetton had a successful fall season as well, winning the Dennis Rose Invitational at Hawaii Hilo, which earned him CCAA Golfer of the Week honors and moved him into second place in the West Region rankings and ninth nationally.

Several post-season honors were awarded to members of the team that went 5-7-6.

Hoffman, Daniel Gomez and Bradley Magnussen were named to the 2022 Academic All-District Men’s Soccer Team, selected by College Sports Communicators. The award recognizes the nation’s top student-athletes for their combined performances on the field and in the classroom. 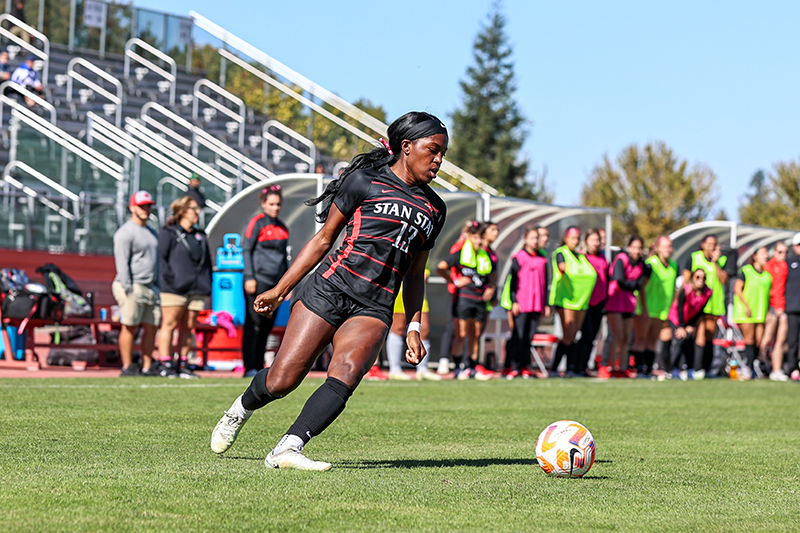 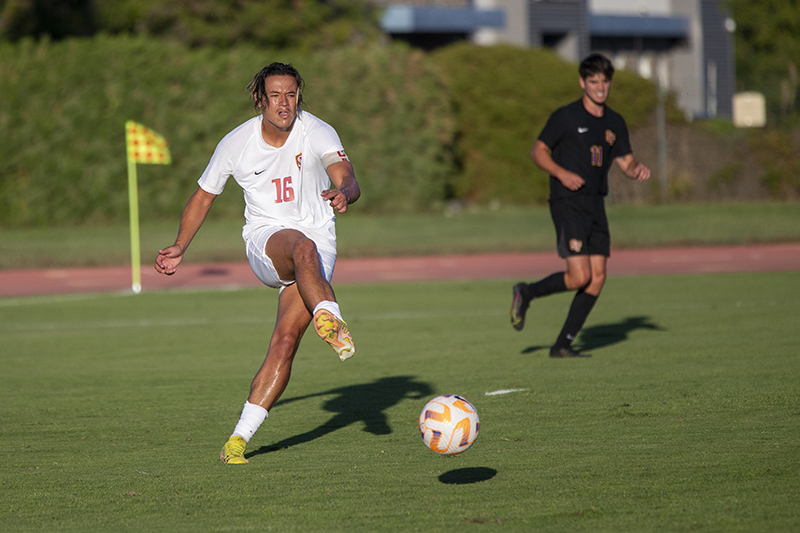 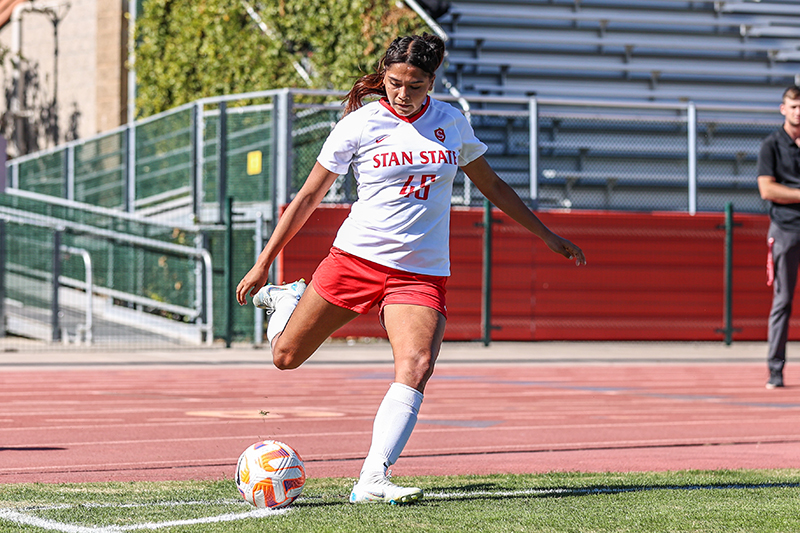 The Warriors then lost a heartbreaking 1-0 match to Cal State L.A. in the conference tournament semifinals to finish its season at 10-4-4 and 7-2-2.

Cabrera, a teammate of Brewah at Delta College, was the CCAA Midfielder of the Year and Second Team All-CCAA honoree. She was named to the Second Team Division II Conference Commissioners Association All-West Region Team. She scored seven goals for the Warriors. 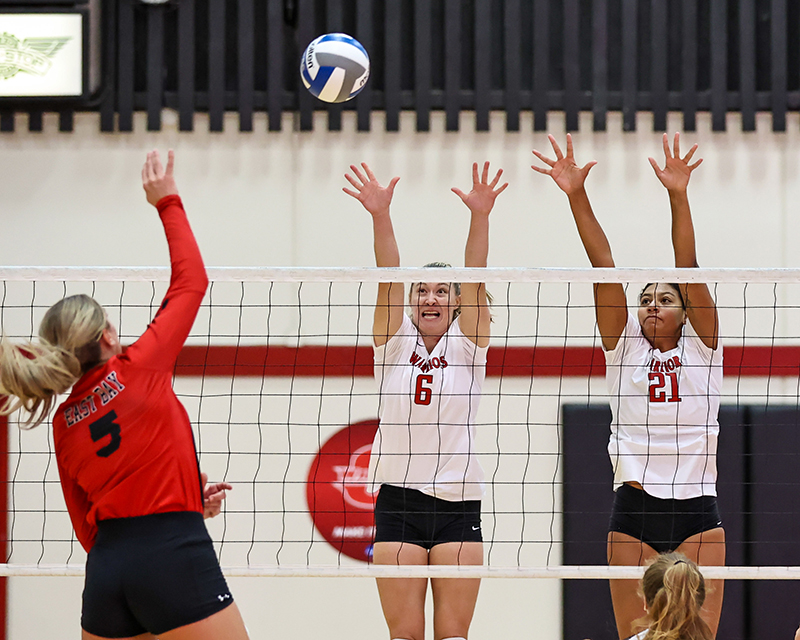 New head volleyball coach Lauren Flowers and her assistant coach and husband Steven Flowers, were hired in February, and their mission was to establish a winning program.

Not only did the Warriors produce the sixth winning season in program history at 19-10, 10-8 in the California Collegiate Athletic Association (CCAA) and its highest-ever winning percentage of .655, but the performance of the players led to post-season recognition.

Junior libero Gabby Rawson, who came to Stan State from Rancho Cucamonga after a year at University of Nevada Las Vegas, was named to the All-West Region team after leading the CCAA with 4.93 digs per set and a conference-leading 444 digs. Her season digs total ranked fourth on the Stan State all-time list and 41st in the nation.

Prior to the All-West Region Team honor, Rawson was named CCAA Libero of the Year and All-CCAA First Team.

The award recognizes student-athlete achievements in the classroom and on the court. 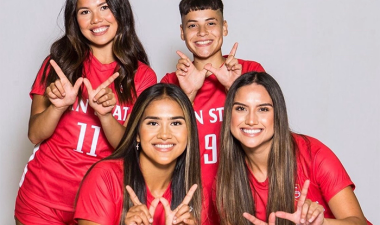 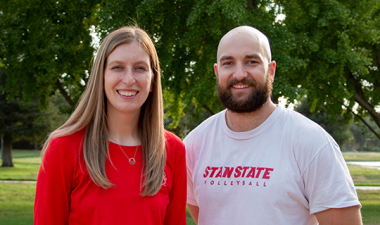 A Match Made on the Volleyball Court