Two months into their final college semester, members of Stanislaus State’s Class of 2020, like others across the nation, pivoted to online learning and completed their education remotely because of COVID-19.

Further, the Class of 2020 waited a year for its commencement, and during that event, held in three ceremonies on the Stan State campus, Baylee Chance, Carina Garcia and Evan Moffitt were announced as co-winners of the Metzer-Geiger Award.

All three Class of 2020 recipients maintained 4.0 GPAs through their undergraduate courses. 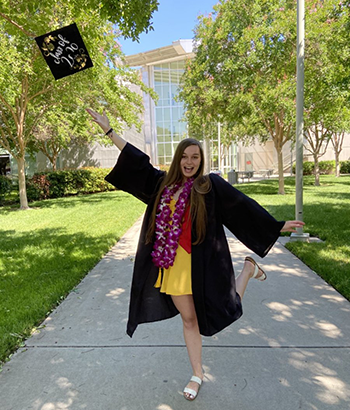 Baylee Chance is not unlike other first-generation college students. She felt alone when she arrived at Stanislaus State from Turlock High School and wasn’t sure where to find resources to help her or what she wanted to study.

What was different about her, though, was her determination and commitment, which led to her attaining a 4.0 grade-point average throughout her four years and sharing the Class of 2020 Metzger-Geiger Award.

“Winning the Metzger-Geiger Award shows that all of my hard work and dedication have been worth it, and it proves to me that I am capable of accomplishing anything I set my mind to,” Chance said. “I was finally able to attend my Commencement ceremony a year after graduating, which was such a special experience, and receiving this award during my ceremony made it even more memorable.

“Maintaining a 4.0 GPA throughout my time at Stanislaus is one of my greatest accomplishments, because I was able to overcome several obstacles and struggles that I faced and make my loved ones proud.”

Chance took several courses before deciding to focus on earning a degree in psychology with a minor in sociology.

“I changed my major and my career plan a few times before I decided to pursue a career in a higher education working directly to help students,” Chance said.

She currently is completing her master’s in counselor education at Stan State with the goal of becoming a university academic advisor, preferably at Stan State, in her hometown. She joined Psychology Professor Victor Luevano on her first research project that was published and presented at an academic conference, and she was a teaching assistant for one of his classes.

Chance is working in the Stan State Enrollment Services Office as an administrative support coordinator under the guidance of Lisa Bernardo and Luz Gaytan-Burdick, where she says she found her true passion for helping college students and her career path toward becoming a college advisor. 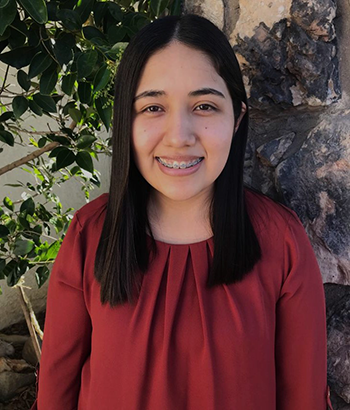 Despite success at Turlock and Pitman high schools, Carina Garcia wasn’t initially sure about college once she began her studies as a freshmanat Stanislaus State.

“I didn’t know what I was going to study, and I wasn’t even fully convinced that college was for me,” Garcia said. “However, I decided to stick through it and took a variety of different intro courses to find a subject that would spark my interest.”

A sociology class and participating in the University’s National Crime Victims Rights Week during her sophomore year set her course.

She not only earned a Bachelor of Arts in Sociology with a minor in criminal justice, she also earned a 4.0 grade-point average and was selected as one of three members of the Class of 2020 to share the Metzger-Geiger Award. “It is an honor to be the recipient of the Metzger-Geiger Award as it is a direct result of the hard work and dedication I put into my courses over the span of four years,” Garcia said. “I never expected to win this award, and I am proud of myself for pushing through the difficult times and striving to be the best student I can be.

“After these four years, I can confidently say that I’m glad I didn’t give up in those tough times at the beginning of my academic career.”

While at Stan State, Garcia said she was encouraged to get out of her comfort zone, engaging with other students and connecting with her professors.

In particular, Sociology Professors Esther McKoon and Jennifer Whitmer inspired and guided her.

“Professor McKoon teaches with a passion that instantly draws you in, and she exposed me to the material that led me to discover the career I wish to pursue,” Garcia said. “She also helped me to get an internship that allowed me to make connections and gain first-hand experience in a criminal justice institution.

“Dr. Whitmer is a fantastic professor who challenges her students and wants them to get the most out of her courses. She made me a better writer and exposed me to various sociological concepts that I will carry with me and use throughout the rest of my academic and professional career.”

“I plan to use my Stan State degree to create a community that is more inclusive and give a voice to those who are often overlooked by the criminal justice system,” she said. 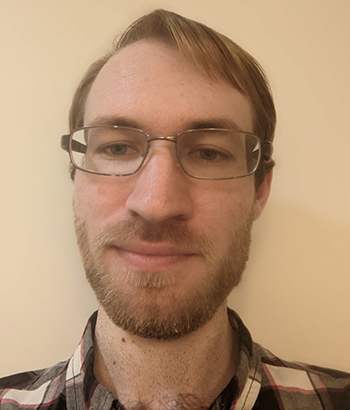 Despite maintaining a high grade point average in high school, Evan Moffitt never expected to graduate from Stanislaus State with a 4.0 GPA and a Metzger-Geiger Award on top of the bachelor’s degree he earned in computer science.

The former Tracy resident, who now lives in the Midwest and works for a healthcare software company, says he is honored to receive the award, but also a bit surprised.

“In all honesty, when I first started college, my plan was just to keep my GPA up so that if I wanted to go to graduate school it wouldn’t cause any issues,” said Moffit, a 2020 graduate. “Although, with each semester that I managed to get straight A’s, it pushed me to continue trying to get straight A’s.”

While Moffitt knows there are benefits to graduating from college with a perfect GPA, he believes students should avoid fixating on grades. His advice to students seeking academic success is to study a subject they find interesting, stay focused on learning, take good notes, get plenty of sleep and “try not to stress too much about your GPA.”

As a student, Moffitt basically took his own advice. He chose computer science as his major because he found it interesting, and he regularly arrived on campus early so that he had time to enjoy reading his textbooks.

He also found every class he took from Computer Science Professor John J. Sarraillé to be interesting and enjoyable. He especially liked the theory of algorithms class, which taught him to solve problems and provided him with knowledge he uses every day at his job.

“I would love to work on a video game one day,” he said. “Video games are the reason I decided that I wanted to be a computer science major back in the sixth grade.” 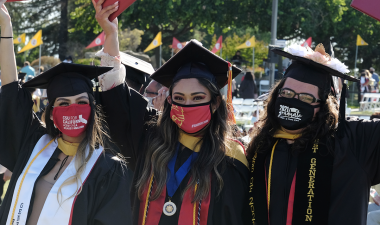 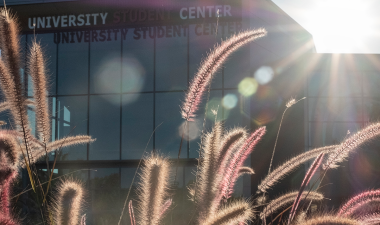 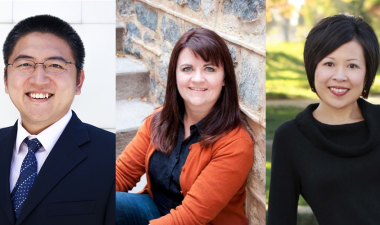