NASA is about to land at Stanislaus State, both literally and figuratively.

The agency, for the first time, has awarded a grant to the University worth $520,000 over five years, which includes the installation of two atmospheric instruments atop Naraghi Hall of Science to support faculty members Wing To, associate professor of physics, and Horacio Ferriz, professor of geology, and up to six student researchers per year.

The first instrument is a spectrometer called Pandora, which will assist To’s work in measuring wildfire fallout and its effect on air quality. The second, called  Aeronet, is a photometer, which mostly studies solar radiation and measures pollution. The device will improve the capabilities of Ferriz, who has been leading community college students in what he calls “very basic atmospheric research” using devices called Purple Air Sensors, to measure particulates in the air.

“It’s something students can do and enjoy doing, and I thought by starting at the community college, they could get to know Stan State and interact with a four-year University and hopefully, it would interest them in coming to us,” Ferriz said.

Ferriz has introduced the sensors and the study of air particulates to students at Modesto Junior College, Columbia College and Merced College for two years.

To has spent an equal amount of time researching the flow of smoke and pollutants from California wildfires.

“I was inside for a year,” To said of the pandemic lockdown of 2020-21. “You couldn’t meet with people inside because of COVID, and we couldn’t go outside to talk because of the air quality.”

Specifically, because of the air quality associated with the increasing number of wildfires in an arid state. To organized student researchers and connected with scientists at Lawrence Livermore Laboratory to study airflow from fires.

Their analysis mapped the locations of burnable objects on the ground with 90 percent accuracy. It was shared with a Lawrence Livermore Lab scientist.

“She is running the simulation to figure out where all the biomass pollution was in the Central Valley during the Creek Fire,” To said. “In the future, if we have a current map of all the fuel around the Sierra Nevada, when a fire starts, we can make a more accurate prediction of where the fire will burn, how far it will burn and how much pollution it will release.”

The NASA spectrometer, To said, will broaden his team’s ability to see wildfire effects on the atmosphere.

“All my data analysis was based on satellite data, which only offers a top-down view,” To said. “This instrument will give us the sideview. This is going to augment the amount of detail we can measure of the atmospheric effect of all these wildfires.”

To is recruiting students who can earn up to $8,000 a year working on the project, including limited hours during the academic year and full-time hours in the summer.

Although he teaches physics, To said the work of analyzing information gathered by the instruments that will be installed in the spring semester, is open to anyone in biology, chemistry, computer science, geography, math or physics.

Ferriz, too, is looking for researchers to work on his portion of the project, which is to study air quality on a broader level. His research focuses on the spread of pollutants in the Central Valley, which are greater in cities like Modesto and Fresno, and are carried south to Bakersfield. He envisions the data being used to encourage northern California communities to take action.

“Wing is more of a researcher,” Ferriz said. “He’s going to do publishable research. My emphasis is on CareerReadyU. We want to make sure our students have the best opportunities for the best jobs. I’ve been doing that for 20 years as a geologist, preparing my students to take their place in the work force.

“One of the main employers of scientists is NASA. They are probably the finest scientific institution in the country, and they employ a large number of geologists, because they have satellites looking at Earth, and they need people who can tell them what they’re seeing.

Introducing Stan State students to potential internships and jobs with NASA is foremost in Ferriz’s mind. To that end, he’s starting a NASA Club within the next month, and it will be open to students of any major with an interest in NASA and their work.

Ferriz envisions guest speakers and films from NASA and field trips to such places as Ames Research Center in Mountain View.

Included in the NASA grant is funding for annual trips to the Goddard Space Center in Maryland for Ferriz, To and their student researchers.

Part of Stan State’s appeal to NASA is Turlock’s location, which is a good distance from Ames Research Center, the site of its other Pandora spectrometer in Northern California. But there was more.

“One of the reasons NASA picked our site is not just geographical location, but also the demographics of the student body at Stanislaus State,” To said. “One of the goals of this research grant is to increase the diversity of atmospheric scientists in the field.”

The grant’s official name is a mouthful: Increasing Diversity in Earth and Atmospheric Science with Courses, Outreach and Research Programs with NASA Instrumentation.

“One of the parallel goals of this grant proposal is to give students opportunities, who otherwise would have no access or exposure to NASA science, atmospheric science, and to increase the diversity of this field of research,” To said.

For more information about participating in To’s research, contact him at wto@csustan.edu. To reach Ferriz with questions about his project or the NASA Club, email him at hferriz@csustan.edu. 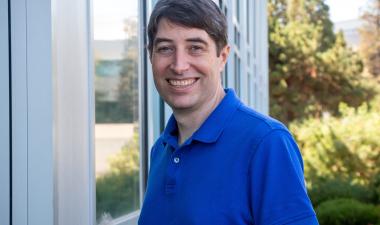 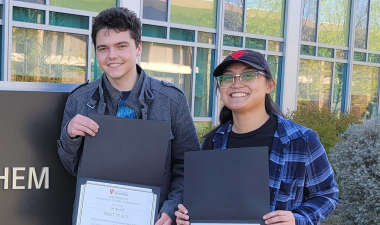 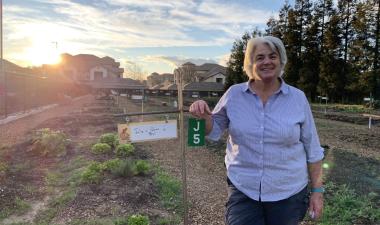