She was front and center in Orlando, Florida, though, during the Student Veterans of America national convention as a finalist for the 2022 Student Veteran of the Year award.

The honor went to Katherine Martinez of Old Dominion University, but Sidlauskas, who served 20 years in the U.S. Navy, returned from the National Convention, known in the ranks as NatCon, with a gorgeous plaque commemorating her place among the 10 finalists from across the country.

“I’m still on cloud nine,” Sidlauskas said four days later. “I have it in my hands and I see my name on it, but I’m still in disbelief. I’m honored and humbled and feel undeserving.”

That’s a sense she always has, though. When she graduated from San Joaquin Delta College with her associate degree, she did so with honors and didn’t think she deserved that, either.

Sidlauskas, majoring in psychology with hopes of becoming a social worker, put in the work for that academic acknowledgment, just as she worked for the Student Veteran of the Year recognition.

She doesn’t know who nominated her. It was all done anonymously, and there was no application process, Sidlauskas said.

She was sleeping when she got the call informing her of the nomination. She wasn’t sure she heard correctly, but she had. She was a finalist and would be honored at the convention she’s attended since 2018. An indication of her life as a veteran is indicated by the donations made by the Disabled American Veterans post in Turlock, the American Veterans Post in Stockton, American Veterans of California and the Women’s Veterans Alliance, which helped send her and John, her husband of 36 years and a former Marine, to the conference.

The disabled veteran — whose right leg was injured when her ship was rocked by a severe storm in Puget Sound and a piece of equipment broke loose and pinned her down as she jumped in to push a fellow sailor out of the object’s path — returned to active duty after surgery and a year of physical therapy. More surgeries followed, but she’s proud to have served in the Navy for 20 years.

She joined the workforce, but in 2017, 20 years after leaving the Navy, she enrolled at Delta College and became active in its Student Veterans Alliance Club. She was the secretary and then president of the club that did such service projects as helping with Habitat for Humanity projects.

Her connection with Stan State veterans has been limited, because she became a Warrior in 2020, at the start of the pandemic. Nonetheless, she was the subject of a Stan State Veterans Day video and shared some of her story. She said she sent the video to the Student Veterans of America “because they want to know about things like that,” and that may have been the impetus for her nomination.

The source of her recognition doesn’t concern her. She’s still just trying to embrace the fact of it. 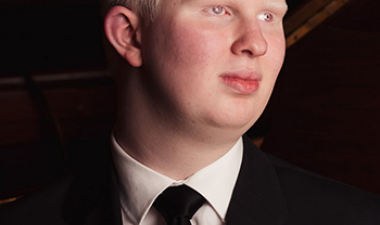 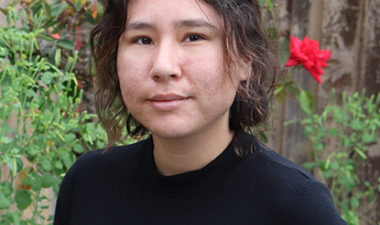