The passions of Stanislaus State student activists fighting against white supremacy and for inclusion and a space of their own are documented in the new film, “List of Demands,” which premiered in the Library on Oct. 13. It will be more widely available for viewing in the spring.

The title refers to the 11 actionable recommendations student activists presented to Stan State leadership as they worked toward a safer, more inclusive campus beginning in 2015.

Carolina Alfaro, director of that created space, the Warrior Cross Cultural Center, wanted their story to be told.

“In addition to feeling like this provides some sort of closure, it was also a celebration for student activists across all colleges and universities,” Alfaro said. “Many activists advocate in their communities or college campuses not getting to witness the fruits of their labor. I’m glad our campus was able to celebrate the actions and labor of love that took place in order to fight for a safe space.”

She entrusted her idea with filmmaker Samuel Contreras, a professor of film studies at Fresno State, who previously taught at Stan State.

The result is a nearly 20-minute documentary of the turbulent times beginning in 2015 when white supremacist literature began appearing on campus and ignited a wave of student activism.

“When the film first started, I got a rush of tearfulness, because when we were doing all this work we were not being applauded. We were being harassed on campus,” said Jenni Morales, the early leader of the movement and one of four alumni warmly welcomed by the audience as she shared her memories at the documentary premiere. “It was terrifying. We saw people revving their engines at us, harassing us on campus, finding us on social media and threatening us.”

Not everyone appreciated the extent of their sacrifices.

“Being an immigrant family, you’re taught to duck when trouble is coming,” said Antonio Anaya. “We were doing the exact opposite, standing out, being in front of organizations. You couldn’t tell your family you were out protesting.”

Immigrant parents are often informed by the consequences of protests they saw or heard about on the news taking place both in their homelands and in the United States. It stoked fears for the safety of their children as they confronted white supremacists.

Despite being intimidated, Stan State student activists didn’t back down. Morales showed up in the Quad with posters and a bullhorn. They found allies in professors, staff and other campus groups.

“In addition to feeling like this provides some sort of closure, it was also a celebration for student activists across all colleges and universities. I’m glad our campus was able to celebrate the actions and labor of love that took place in order to fight for a safe space.”

Ethnic Studies Professor Xamuel Banales took his class outside to the Quad on Tuesdays for Teach Outs, sharing the lessons of white supremacy and systemic racism in what became known as Transformative Tuesdays.

Fueled by their passion and determination to see change, students made a statement at the office of President Ellen Junn, placing more than 100 sticky notes at the office entrance, each sharing a concern or fear.

Later they formulated their list of 11 demands, which President Junn has posted on her University website page. Some, including denouncing white supremacy, acknowledging the campus occupies Yokut land, and providing funding for the creation and running of the Warrior Cross Cultural Center, have been met.

“I get a lot of joy that this is full circle,” Anaya said after the film. “Now we get to see time has passed and things are looking a little better and heading in the right direction.”

Alfaro, who worked for Admissions and Outreach Services and served as advisor of MEChA, was named director of the Diversity Center in May 2019. A year later, students voted to change the name to Warrior Cross Cultural Center. Alfaro wanted to make sure those student voices that campaigned for the space were recorded for history.

Voices like Gloria Vallin’s. She told of the threats she felt as an activist and recalled students being cut by razor blades as they tried to tear white supremacist material from campus bulletin boards. Those who hung them had deliberately placed the blades behind them to cut the hands of those who sought to remove them.

Being a part of the documentary and seeing the final product stirred those memories.

“It’s emotional, going down memory lane where we all started our activism and creating that blueprint for other students to continue that work,” Vallin said. “It’s emotional, but I'm really glad we documented that work.”

Inspiring future generations of students to stand up and address social issues is the hope of the activists who acknowledge student protests have been a part of Stan State since the University’s founding. They encourage today’s students to continue the legacy, to pursue their passion.

Alfaro said student activism continues on campus. Rather than a bullhorn in the Quad, they communicate regularly through social media. Campus groups joined in supporting the United Farm Workers’ march to Sacramento when it passed through Turlock last summer and more recently gathered for a pop-up rally facilitated by Brown Issues, a new organization dedicated to cultivating the next generation of Brown leaders through civic engagement, healing, and narrative change.

“The Brown Issues pop-up event wasn’t a protest,” Alfaro said. “It was a peaceful rally about how to continue to understand ways of addressing issues that impact communities of color.”

“This youth is on it,” Morales said. “They are living proof a better future is on its way. I'm very hopeful.” 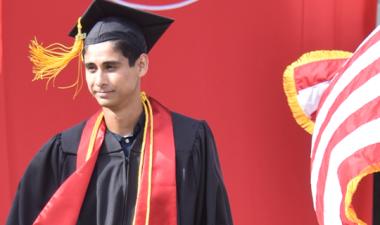 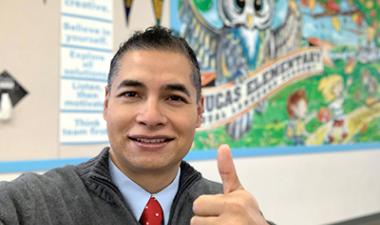