When she registered for last spring’s Faculty Learning Community (FLC) on "Teaching Climate Change and Resilience," the first multi-campus FLC in California State University history, Carin Heidelbach felt she was at a low point.

Along with her collaborator and fellow Stan State alumna Jeanette Farr-Harkins (’93), Heidelbach (’91), an assistant professor of acting and directing, was completing the writing of the recently staged play “Hedda on Fire,” a contemporary take on Ibsen’s “Hedda Gabler.”

She didn’t. She completed the spring 2022 FLC with a better outlook and wasn’t the only one to appreciate the program spearheaded by Mark Steman from Chico State’s Department of Geography.

“It was good to see what folks were doing.  It felt like people were taking action. It helped me, because I'm constantly telling stories. I hope the stories I want to tell have some ability to help people, make them see something in a different way or push them to become more empathetic about other people’s lives."

The FLC earned a 2022 Campus Sustainability Achievement Award from the Association for the Advancement of Sustainability in Higher Education (AASHE) presented during that organization’s recent ceremony recognizing global efforts.

Some 430 entries were submitted in a variety of categories and awards went to representatives of nine countries.

Heidelbach had attended a similar FLC offered at Stan State in spring and fall 2019 by former Sustainability Coordinator Wendy Olmstead at the urging of the Council for Sustainable Futures. The systemwide event, a series of seven 90-minute classes with guest speakers and breakout sessions, proved illuminating and inspiring to her.

“It was nice to see and hear and talk with people in other disciplines,” said Heidelbach, one of 10 Stan State faculty members whose participation was sponsored by Provost Richard Ogle. “It was good to see what folks were doing. That felt good. It felt like people were taking action. It helped me, because I'm constantly telling stories. I hope the stories I want to tell have some ability to help people, make them see something in a different way or push them to become more empathetic about other people’s lives.

“Once I saw how others were using the information in their disciplines, I thought, ‘This is what I can do. I can try to tell stories that open people’s minds to what’s going on, and I can also train student artists to think about these things and integrate them into their work.’”

In addition to making the protagonist of “Hedda on Fire,” which she’d been writing since 2019, a climate biologist, Heidelbach encouraged her directing students to consider the materials used to stage a play and to collaborate with designers from the start to reduce waste.

“It’s always heartbreaking at strike, when the play is done and we take it down,” Heidelbach said. “There’s not a lot of space for storage, so we have to think, when we design a set, where the set is going to end up. It’s important to me that it doesn’t end up in the trash.

Heidelbach, who earned her Master of Fine Arts in Theatre from then-Humboldt State in 1996, joined her fellow graduates in signing an agreement to be a good steward of the Earth, a commitment born of that university’s proximity to thousand-year-old redwoods and the ocean.

She didn’t ask the same of her students, but she did ask them to consider how much waste is generated in some theatrical productions and how it could be minimized. She was introduced to theatre that used lavish, expensive sets. Today’s young people, she said, don’t need spectacles. They’re capable of letting their imagination work in conjunction with a good story to advance a play’s action.

Contemporary students also are inclined to work toward a better environmental future, Heidelbach said. They don’t want to just be taught the science of climate change in every class they take. Steman, in accepting the AASHE Award, explained that students are less interested in the cause of climate change and more focused on solutions.

“They don’t want to feel hopeless like I was feeling hopeless,” Heidelbach said. “They want to know what they can do to influence and play an active part in changing the status quo. Even if you don’t believe climate change is caused by human activity or fossil fuels, you can understand we have to adapt.”

Maybe that means using durable fabric for costumes. Maybe it’s creating artworks from discarded materials or researching and writing about sustainable practices of the ancient world instead of other aspects of that time.

Faculty in more than 30 CSU disciplines learned how to apply lessons of sustainability in their classes, proving the idea is not just award worthy, but possible. 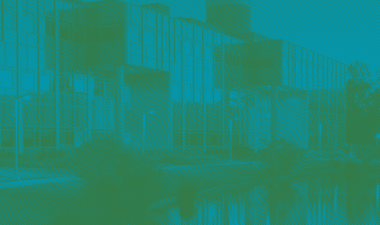 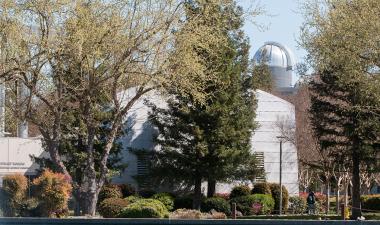 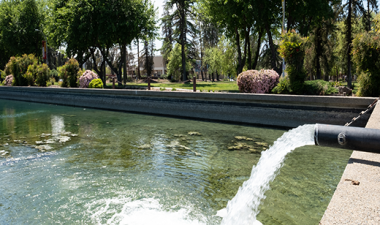