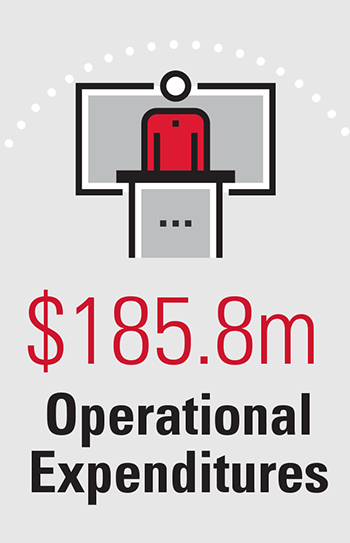 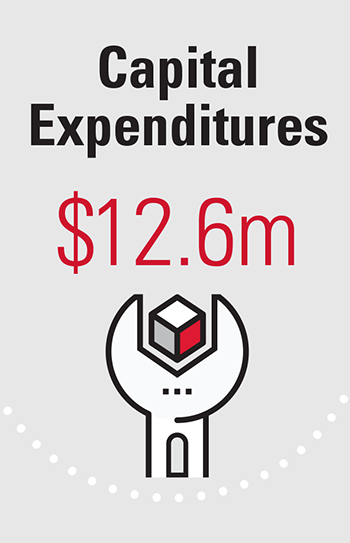 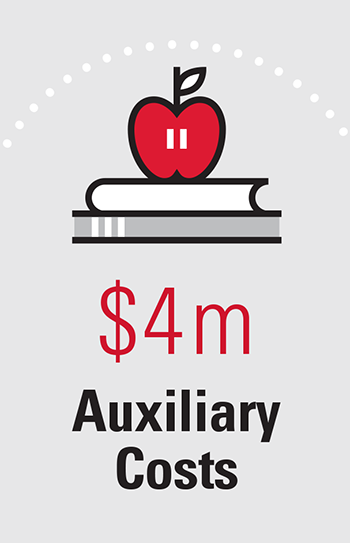 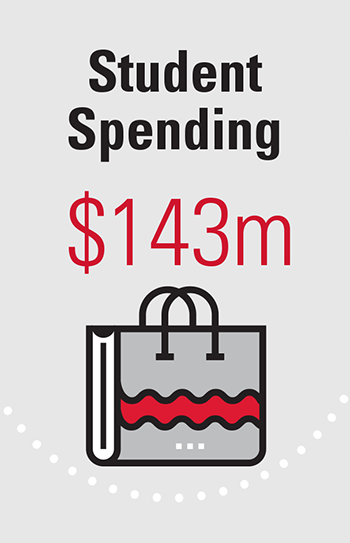 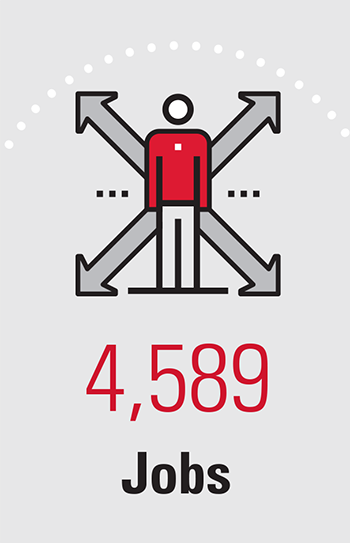 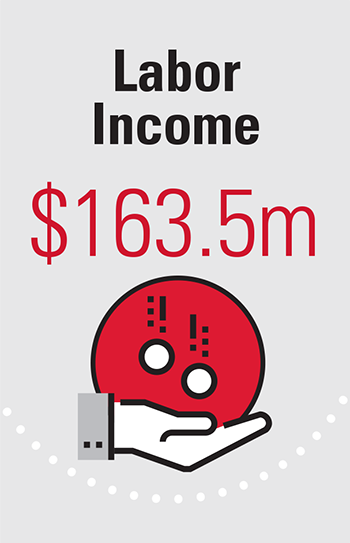 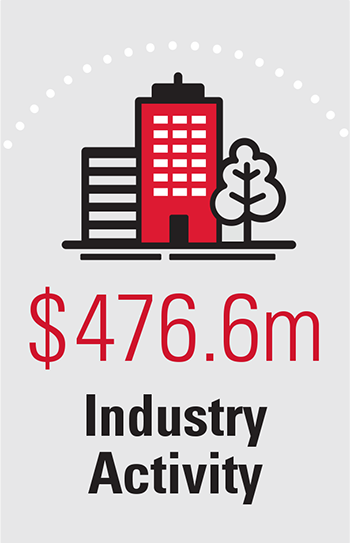 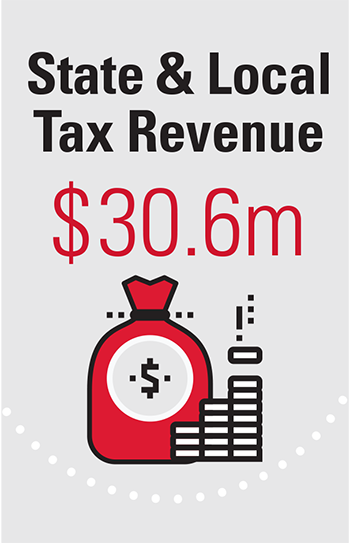 In addition, Stanislaus State alumni in the region supported an additional 7,855 jobs, $487.2 million in labor income, $1.5 billion in industry activity, and $97.7 million in state and local tax revenue. 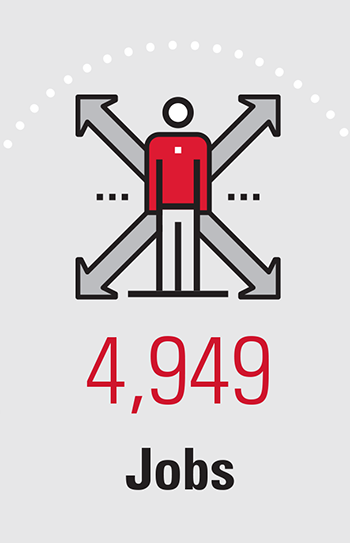 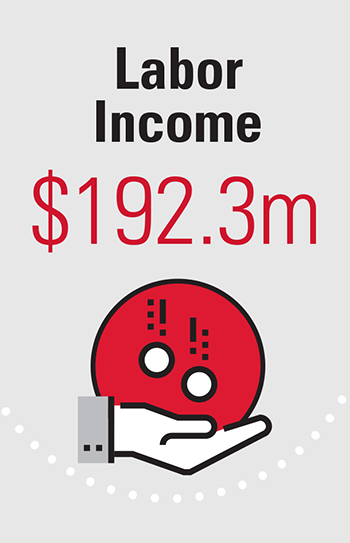 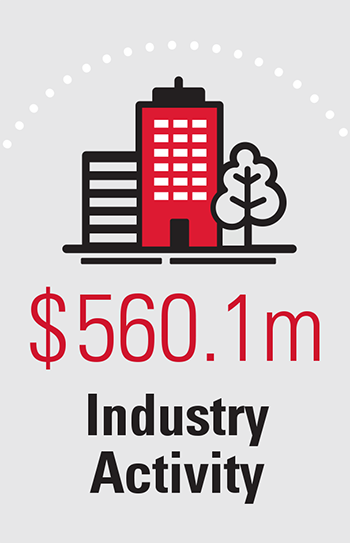 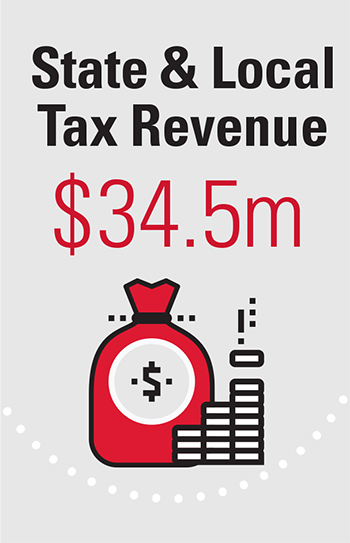 Stanislaus State alumni who are still in California supported an additional 9,706 jobs, $601.9 million in labor income, $1.8 billion in industry activity, and $120.8 million in state and local tax revenue. 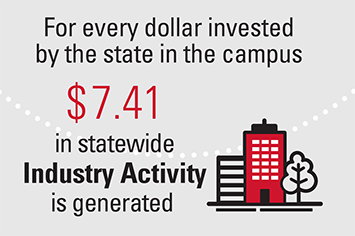 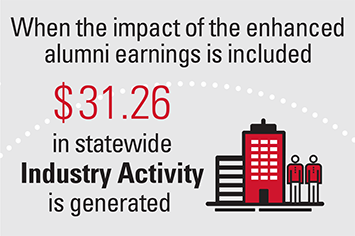 HEALTH Paving the Way to Work Through Wellness 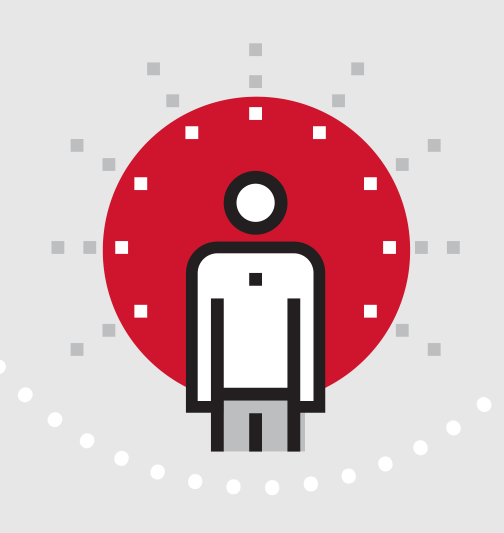 Wellness WORKs! is a local partnership between Stanislaus State, San Joaquin County Mental Health Services, and the county’s Human Services Agency. Since 2000, the university has provided one-week and three-week holistic courses with the goal of moving participants from welfare to wellness to work. The partnership has served more than 10,000 welfare recipients to foster positive self-esteem, improve self-care, and enhance personal empowerment and well-being. 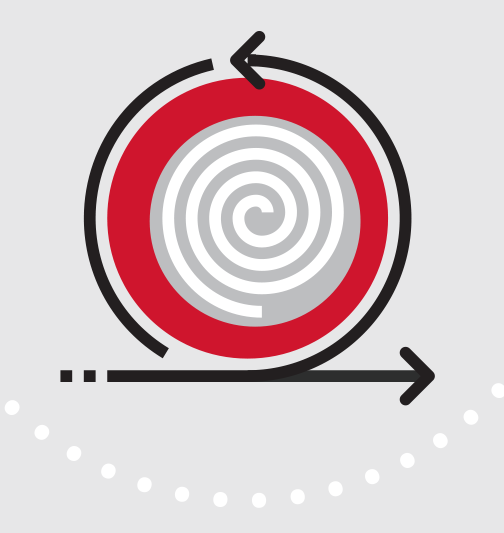 Graduate student Christina Robinson is studying the distribution and population dynamics of the mud snail, a non-native species that has invaded streams that support threatened and endangered species. By sampling streams in the vicinity, Robinson is comparing the current aquatic community composition to historical data to determine how far the snail has spread and its effects on other aquatic animals, as well as the snail population’s susceptibility to drought and floods. 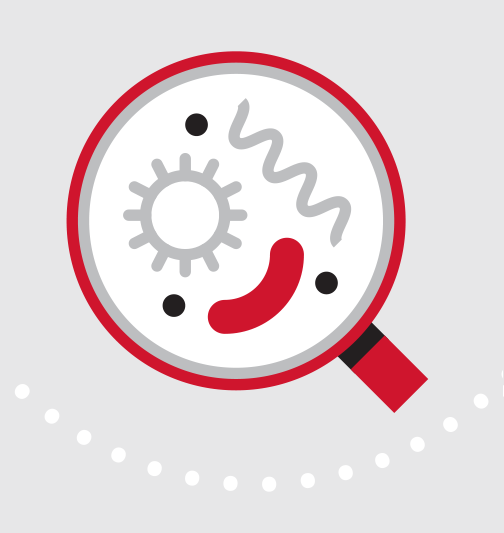 Research conducted by a team of Stanislaus State students could help cut agriculture costs and speed up the production of a vital ingredient in livestock feed.

“Nothing reinforces the concepts learned in a classroom like the actual real-life experiences one may obtain while working in a laboratory. Working on a project such as this one, and working on a research team, is an invaluable experience that any student who is interested in science should have.”
— Undergraduate Student Carla Antypas 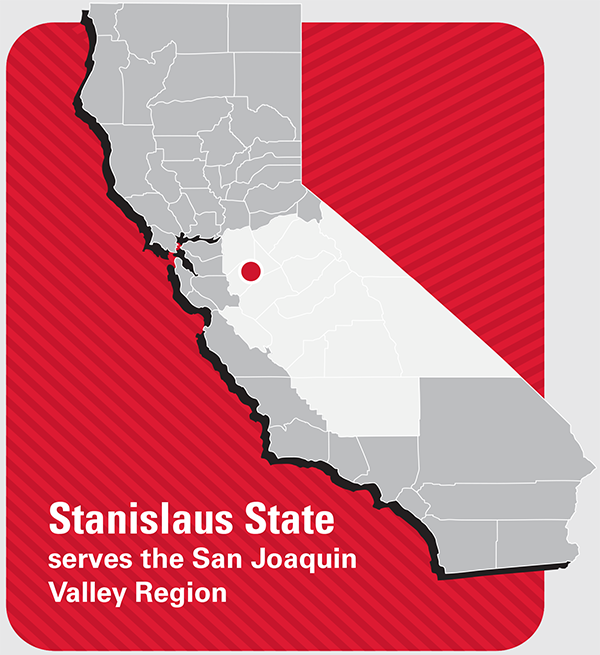 California State University, Stanislaus serves a diverse student body of more than 10,000 at two locations in the Central Valley—a beautiful 228-acre campus in Turlock and the Stockton Campus, located in the city’s historic Magnolia District. Widely recognized for its dedicated faculty and high-quality academic programs, the university offers 45 majors, 44 minors and more than 100 areas of concentration, along with 14 master's degree programs, six credential programs and a doctorate in educational leadership.

“This study confirms the significant role Stan State plays in growing and sustaining the regional economy while also providing an educated workforce for the San Joaquin Valley. A more than sevenfold return on investment is impressive, and it’s validation that funds committed to Stan State are truly wise investments.”
- Stanislaus State President Ellen Junn