Returning to Her Roots 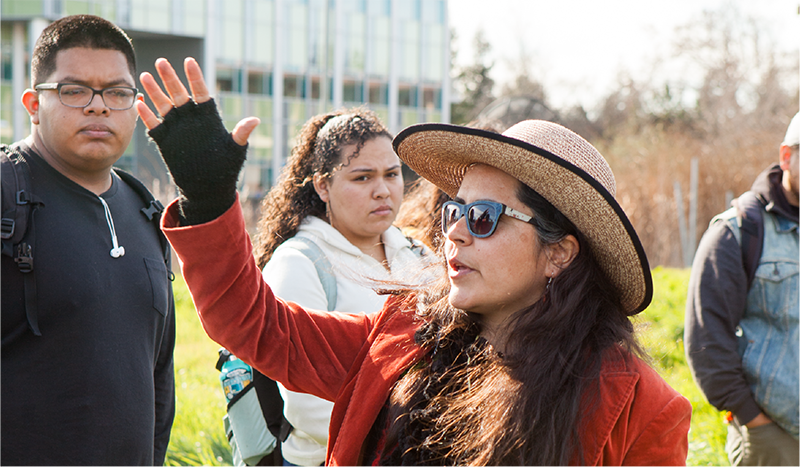 Cueponcaxochitl Moreno Sandoval spent part of her class time early in the spring 2020 semester to introduce her indigenous studies students to the Stanislaus State community garden, should they choose working there as one of three project options for the class.

She opened the lesson by honoring the land and those who originally lived on it. Respecting those who came before us, and returning to their ways is very much a focus for the second-year Stanislaus State assistant professor of ethnic studies.

“I think one of the most radical things we can do is grow our own food, because then we cut the transportation, the emissions of transporting our food,” Moreno Sandoval said. “We build a relationship with the land. We build a relationship with our foods. We start now eating different types of foods that are not very fast-food based. We develop relationships with neighbors around foods. If I have a surplus of oranges, I’m going to share with you, and maybe you have a surplus of beets and we can trade.”

The idea for a community garden on campus — which has been fallow 10 years or more — grew out of conversations and ideas shared with members of the Indigenous Students and Activism Club she advises. A section of land — and 17 planter boxes — north of the agriculture department’s sustainable garden, was offered as a location and students began working it in the summer of 2019. 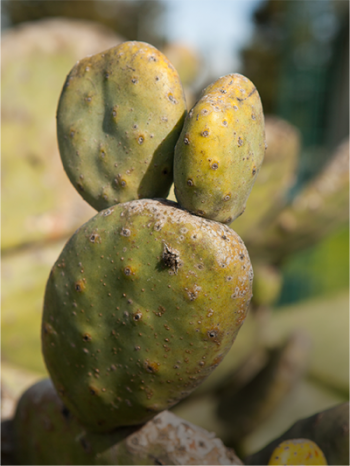 The garden is only a part of what Moreno Sandoval contributes to the sustainability movement on campus.

​Her hope and her research is in nurturing student voices as a way of strengthening sustainable practices in everything she does.

She sits on Stan State’s Council for Sustainable Futures and according to Wendy Olmstead, director of sustainability, Moreno Sandoval introduced social justice to the conversation.

“A lot of people don’t realize the social injustice part of sustainability,” Olmstead said. “The President’s Commission on Diversity and Inclusion, that’s sustainability. A lot of things we’re doing on campus, people are doing for sustainability. They don’t even realize it.”

Moreno Sandoval is very aware, though. It’s as much a part of her makeup as her Mexican roots — from the Caxcan Nation of Zacatecas — and the work ethic instilled by her parents.

She arrived in the United States in the womb of her mother, who was hiding in the trunk of a car as it crossed the border. Her father worked in agriculture fields in Southern California, as his parents and grandparents had in their native Mexico.

“My parents were ag workers in Mexico. My grandparents came as ag workers in the bracero program. So, I definitely connect with the students’ experiences as first generation.”

As an undergraduate student at Pomona College, Moreno Sandoval chose not to “divorce myself from myself in ways that allowed me to continue to be immersed in Eurocentric epistemologies.” Instead, she was more curious about why there weren’t more people who looked like her at Pomona College.

“That question led me to where I am now,” she said. “I uncovered what systems of oppression were. I uncovered what experiences my family had gone through and have been able to put a name and policy to them. I studied abroad in Mexico City and that deepened it.”

Questioning the status quo, as a lot of young people do, could have driven a wedge between her and her parents, but they’ve overcome their conflict, what she calls a “beautiful challenge,” with love. She continues to question the status quo and encourages her students to never lose sight of their ability to effect change.

“Who are our ancestors? From which places did our ancestors travel to and from?” asks Moreno Sandoval, who earned her Ph.D. at UCLA and taught at Arizona State before arriving at Stan State in the fall of 2018. 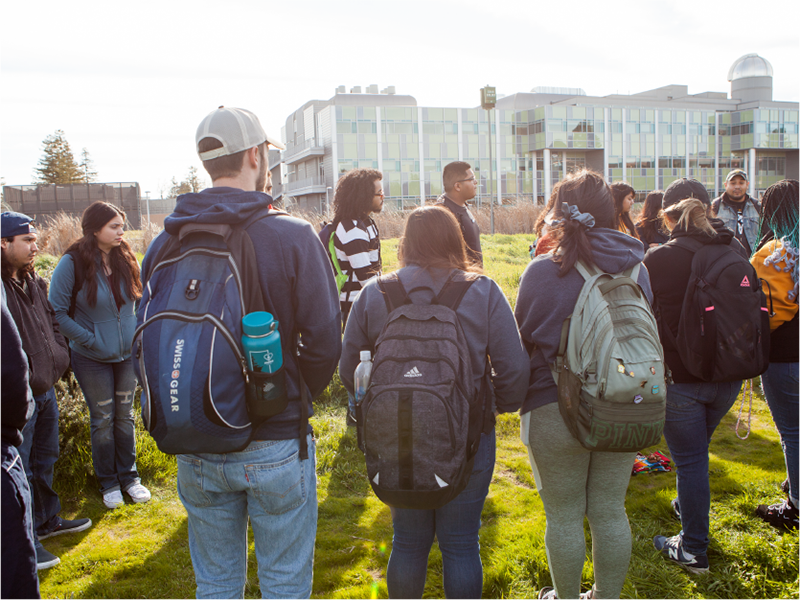