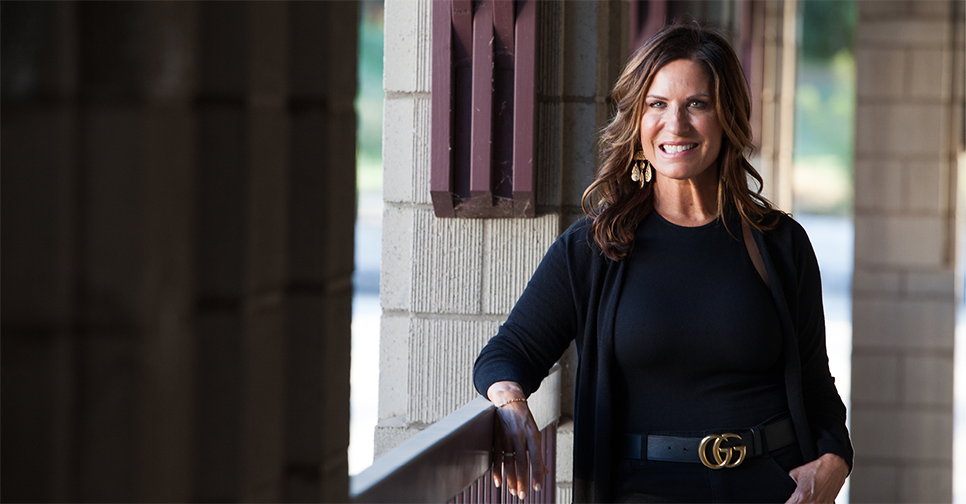 For Susan Johnston (’96), the road to her recent appointment as chair of the Stan State Alumni Council has gone from tech-boom Silicon Valley to Fortune 100 corporate banking to launching her own fashion-based businesses. Now she’s excited to be back working with her alma mater.

“Stan State was a fantastic starting point for me professionally, and I am excited to be able to provide support to new graduates as they prepare to enter what will likely be a unique and challenging work world,” Johnston said. “I hope that the combined wisdom of the Alumni Council will be valuable as they go forward.”

“Susan is an incredible Warrior alumna whose passion for supporting our campus is extraordinary,” said Karlha Davies, alumni engagement director. “As the Stan State Alumni Council chair, her leadership steers the council’s initiatives which celebrate our alumni and provide career connections with our students. The Stan State Alumni Association is excited to have an alumna champion as exemplary as Susan.”

A Central Valley native and graduate of Ceres High School, Johnston (then Susan Brocco), attended Stan State at the urging of her father Joe, the former assistant postmaster in Ceres. Shortly after beginning her business administration coursework, Johnston found an on-campus job, one that would provide her with great experience and professional direction for years to come.

“I was working at the University as a student assistant in the accounting department,” Johnston said. “Like many students, I was working, studying and raising a young family. Looking back, it’s amazing I was able to do all of that and advance to the position of director of accounting.”

In 1998, Johnston left Stan State to work for 3Com Corporation, then at the center of the Silicon Valley tech boom. She traveled internationally for the company, helping to build electronic commerce and payment programs around the world.

It was at 3Com that Johnston began working with US Bank on cross-company payment integration, ultimately accepting a role of associate vice president, relationship management at US Bank.

During the next 14 years — with a six-year intermission to start and run her own boutique — Johnston managed an account base that included Fortune 100 companies like Safeway, Nordstrom and major public entities like the State of California, using her Bachelor of Science in Business Administration with a concentration in Computer Information Systems to streamline and optimize corporate payment systems. Her portfolio of accounts recorded billions of dollars of transactions annually.

Johnston opened Bonnie J in 2008, a women’s fashion boutique named after her late mother, in downtown Modesto. She sold Bonnie J in 2014 before relocating to Seattle, and she now owns Sun and be Seen boutique in Aptos, where she and her husband Eric live.

“My passion is clothing and women’s fashion,” Johnston said. “But even more so, I enjoyed being a part of the Modesto business community, interacting with other local business owners and trying to inspire more commerce in the downtown Modesto core.”

It was during her time owning Bonnie J that Johnston first joined the Stan State Alumni Council.

“I was really excited about some of the changes I was seeing occur at Stan State,” Johnston said. “It was a perfect opportunity to give back to the educational community that had given me so much.”

Johnston is equally excited to work with President Ellen Junn on the “CareerReadyU” initiative, designed to integrate academic programs with a variety of professional experiences.

As chair of the Alumni Council, Johnston sees her role as building on the work done by her predecessor, Adrian Harrell, and pursing new initiatives. Johnston also serves as a director on the University’s Foundation Board in a designated position, representing the Alumni Advisory Council.

“My long-term goal for the Alumni Council is to develop chapters in other cities and states,” Johnston said. “My first goal is to increase council membership. Once we have more active members doing outreach and growing our engagement through chapters, we can have leaders in different geographic areas.”

The University — and the world — has changed since Johnston was a student. Even her own perspective has changed, a result of watching her two daughters — Brittany, a veteran of the US Navy and mother to 16-month old Rhylee, and Morgan, a graduate of CSU Chico — grow up and become registered nurses.

“Twenty years ago, professors didn’t have the kind of direct connection with students that they have through social media today,” Johnston said. “It has also been great to see how the University has integrated itself with the entire community.”

The road that Johnston has followed to Silicon Valley, Seattle and back to Central California’s coast has also brought her back to Stan State.

“I love being involved,” said Johnston. “I love the University.”