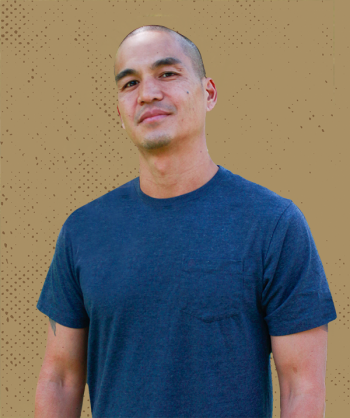 Junn called for the University to join the strike and stand in solidarity with what’s happening in the nation and reached out to Daniel Soodjinda, co-chair of the President’s Commission on Diversity and Inclusion (PCDI).

It was a continuation of the University’s efforts to address social injustice and racism, which included a two-day program in August entitled, “Confronting Anti-Black Racism on College Campuses,” organized by Aletha Harven, an associate professor in the Department of Psychology and Child Development.

The two-day strike came together quickly in response to a tweet by University of Pennsylvania Professor Anthea Butler, who wrote, “I would be down as a professor to follow the NBA and strike for a few days to protest police violence in America.”

University professors across the country joined the strike and paused their classes for two days. Soodjinda rallied others at Stan State, many of whom he said would have been dedicated to organizing related webinars even before the University’s commitment. The associate professor and chair of the Liberal Studies Department conducted a webinar, “Confronting White Supremacy in the K-12 Classroom.”

“I’ve been doing this for most of my career,” Soodjinda said. “One of the things I’m particularly interested in is the way in which race and racial inequality function in K-12 public schools.”

Soodjinda enlisted faculty colleagues Michelle Soto-Pena and Cassandra Drake from Liberal Studies Department and Mary Roaf from the Ethnic Studies Program, all of whom began their careers in K-12 schools. Also on the panel was Mary Asgil, a Turlock Unified School District teacher with 25 years’ experience and advisor for the Equity Platform Group.

Soodjinda’s session covered the need to tear down current systems built on ideas of racism, oppression and white supremacy to make room for a new system that humanizes Black students in the classroom.

Racism and white supremacy manifest themselves in the classroom in several ways: how teachers disparage the language Black students learn in their community; the disproportionate number of students of color who face suspension and expulsion, beginning in pre-school; how public education reinforces the school-to-prison pipeline for students of color; the teaching materials used that are predominately centered around white people and their experiences; and the failure to teach the link between the injustices of the past with the realities of today.

Soodjinda, a University of California, Irvine graduate who earned his doctorate from the University of Southern California (USC) and also holds a teaching credential, saw elements of all those things from uncredentialed and unprepared educators during his first teaching experience at a predominately Black and Latinx middle school in South Los Angeles.

“I saw all these teachers giving up on kids. I saw teachers who didn’t care about kids,” Soodjinda said. “After that, I wanted to make a bigger difference and get into educational policy that would impact the way teachers are trained.”

In 2011, Stan State hired Soodjinda, enabling the son of poor Thai immigrants who realized the American Dream of providing their son with a middle-class upbringing to return to his native California and a dream job in the CSU teacher education system.

Soodjinda said his Scholar Strike webinar probably wouldn’t have been possible three or five years ago. The climate has changed since then with more people listening to the call for reform. More than 150 people participated in his webinar.

“I think part of why this country has an anti-Black position and why white supremacy is the other pandemic that has always existed is because our education system — specifically our K-12 schools — aren’t having these discussions in the classroom,” Soodjinda said. “A lot of teachers are unprepared to have those discussions or are scared or unwilling to have a discussion about any ‘controversial’ issue that can be deemed political.

“I thought it was time we brought attention to that problem. I would like to see more people being comfortable talking about the issues that exist in the K-12 system. I want more people to be aware of how anti-Blackness operates in the curriculum through the way teachers teach students, and the way in which teachers are trained.

“I want people to know how K-12 schools were built on white supremacist ideas, and how these ideas continue to manifest and inform policy, practice and curriculum. By having this webinar, my hope is to make it less taboo and have people talk about it. I hope more people join the fight, become more aware and do the same thing within their own circles.”