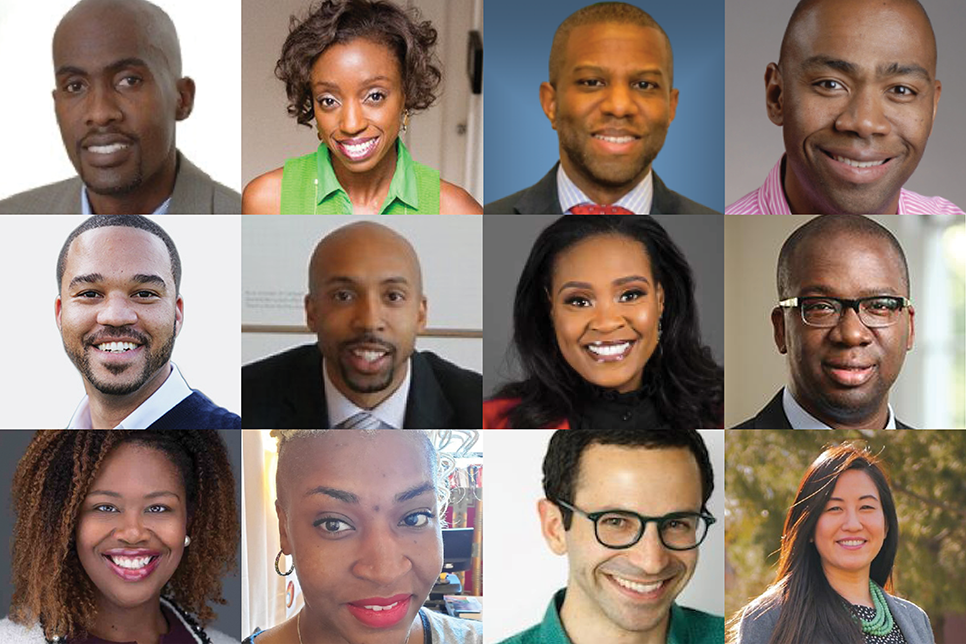 A clarion call to dismantle institutional racism in academia was sounded during the two-day “Confronting Anti-Black Racism on College Campuses,” a virtual professional development training organized by Stanislaus State’s Aletha M. Harven, an associate professor in the Department of Psychology and sponsored by Stanislaus State’s Collaboration for Inclusive and Engaging Curriculum, Instruction and Achievement (CIENCIA) program in the College of Science.

More than 1,000 attendees across the United States participated in sessions with a panel of scholars from across the country.

The idea for the event took form after Harven wrote a statement on behalf of CIENCIA in response to George Floyd’s murder by police in Minneapolis in May.

“I felt there was more to be done,” Harven said. “I was in all these meetings and hearing faculty and staff members say they wanted to do something to help the Black community, but they didn’t know what to do. My response was to invite colleagues to come together and organize sessions that would provide educators with critical and timely information that could guide them in helping the Black community.”

The result was a powerful program that covered topics such as what anti-Black racism looks like and how it’s ingrained in academia — the way courses are taught, how faculty of color are evaluated, retained and awarded tenure — and what white people can do to become allies in the fight to change systemic inequities.

Stan State Assistant Professor of Liberal Studies Michelle Soto-Pena said the training gave her a sense of empowerment and highlighted topics she’s been grappling with.

Having her own focus on service over publishing validated during discussions of how tenure is granted, and learning how students can help shape class curriculum, were just two of the takeaways for Soto-Pena.

“That includes being intentional in the type of culture I cultivate, not only in my class but in my department,” Soto-Pena said. “If we’re really talking about confronting anti-Black racism, we have to know what it is, identify it, call it out, name it and work toward dismantling it.”

“It affirmed a lot of the work I’ve been focused on, and I was elated to see so many of my Stan State colleagues there,” Drake said. “This was the learning we needed.”

“It was a fantastic opportunity for our campus to center on Black excellence, research-based pedagogical strategies, scholarship and voices,” Moreno Sandoval said. “It was incredible Aletha orchestrated all these wonderful people to come together.”

“At the end of the day, what is good for Black students is good for all students. As somebody who works in Indigenous studies, it’s important for me to build solidarity with Black students and faculty. Black and Indigenous voices are the most marginalized. We need to shift the tides and center these voices, to learn from our mistakes and grow.”

That was one of the lessons Drake took, particularly during the session entitled “Dear Allies: Step Up!”

“In a big cloud at the top of my page I wrote ‘Sit in Your Discomfort. Sit in Silence,’” Drake said. “When you’re trying, and you’re making those mistakes, and you’re saying the wrong things, and you’re being uncomfortable, I liked that they said, ‘You’re going to get it wrong, so don’t worry.’

“Sit in your discomfort and sit in silence is great advice. ‘I didn’t do anything wrong’ is the cultural norm of whiteness. Instead, sit in it, marinate, before you send all your defenses out to the world.”

That session also offered a vital piece for an advocate like Drake, whose worldview and scholarship are steeped in inclusion and racial justice.

“In June and July, a lot of people were like, ‘I’m going to change the world. I have to fix this now,’” Drake said. “That’s very much me. But they said, whatever you do, make sure it’s sustainable.”

The training left an impression on presenters as well.

“People were really compassionate and seeking a deeper understanding of what was going on,” said Ivory Toldson, professor of counseling psychology at Howard University and editor-in-chief of the Journal of Negro Education.

Toldson, an Obama administration appointee who worked on behalf of Historical Black Colleges and Universities, took aim at systemic racism in education during his session, titled, “Promoting Racial Justice and Equity.”

“It wasn’t all about content,” Toldson said. “It was also about people really understanding themselves and how they are emotionally relating to information, and how they can be on a personal journey of growth and development in advancing a more inclusive environment and advocating for advancing anti-racist thought.”

He noted some anxiety in people as he proposed changes to the status quo: tenure that reflects service, not just publishing; teachers being evaluated on how they help students outside the classroom, whether it’s bringing a child clean clothes or providing a ride home; and the breaking down of academia’s systemic racism from within, led by rank and file members.

Black Lives Matter has taught us a charismatic leader isn’t needed to make change today, Toldson said. “It takes everyone doing their part. And, breaking down racism must begin with breaking it down in education.”

“The biggest thing I got out of it was seeing the overlay of ideas I’ve been thinking about,” said DeLeon Gray, an associate professor of educational psychology and university faculty scholar at North Carolina State University. “I’m not thinking about these things in isolation. Seeing the geographic diversity of individuals affirmed my commitment to bring social justice, and to know my energy is going in the right direction.”

Though he serves primarily as an advisor for graduate students and a liaison between North Carolina State and the K-12 community, Gray’s ideas were applicable to faculty. He advises students to study books and articles by diverse authors. Reading works by scholars of color, Gray said, is something faculty can do in revising their curriculum.

Two days of information flowed nonstop, and when it was over, presenters and attendees were united in their praise of Harven for organizing a professional development training that left no doubt that the Black college experience — for faculty, staff and students — is different from others.

“This program was extremely important to me, because I am committed to promoting and advancing the Black community and making sure the Black community has a voice,” Harven said. “So often, Black people, including on college campuses, are overlooked, not listened to, not heard, and I knew a program like this would say what needed to be said.

The program, Harven said, has had an immediate effect. She said she believes the national two-day Scholar Strike teach-in to protest injustice and police brutality against people of color, in which Stan State faculty organized sessions, resulted in part from the broad attendance of Confronting Anti-Black Racism on College Campuses.

It’s just one more thing that gives Harven hope that change will come.