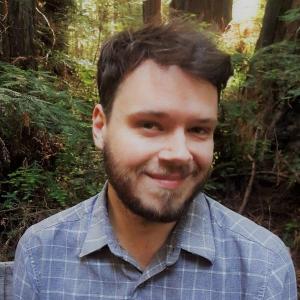 As a teacher and as a scholar, my primary interest is in understanding the contemporary world through philosophical perspectives and analysis. In my understanding, this is not just a matter of ‘applying’ philosophy to ‘real world’ situations, but of allowing concrete historical, political, and socioeconomic realities to inform our theoretical work and our pedagogy. Specifically, I am interested in the meaning and consequences of anthropogenic climate change, as well as the dangers posed by various forms of racist and xenophobic populism. At a broad level, my work seeks to answer two questions: 1) what implications do these phenomena have for political philosophy generally, and democratic theory more specifically? and 2) What theoretical and critical tools are adequate to understanding and confronting these phenomena?

In my research, I approach these questions via engagements with a wide variety of figures in 20th and 21st century philosophy, largely (but not exclusively) from the Continental tradition. I have published on the work on Hannah Arendt, the early Frankfurt School, the radical democracy of Ernesto Laclau and Chantal Mouffe, recent debates over the term ‘American philosophy,’ and the social-political writings of the French phenomenologists (Maurice Merleau-Ponty, Simone de Beauvoir, and Jean-Paul Sartre). I have also published outside of the domain of political philosophy, including a piece on the speculative realism of Quentin Meillassoux, because I believe that political questions are inseparable from broader ontological and methodological concerns. I also believe that trends in popular culture are important for philosophical theory, and so I have published work on movies and television.

My teaching is informed by a rigorous commitment to the subject matter at hand, and by a sense of obligation to connect the students to the material such that they find it compelling and worth learning. While being committed to teaching the philosophical classics, I also try to complement canonical texts with interdisciplinary readings and, when appropriate, popular periodicals, as well as philosophical interventions that present challenges to the canon and its history. In the classroom, I strive to create an atmosphere of inclusive discussion that respects the diverse backgrounds of students without ever making them feel as if their contribution is determined by or only valuable as it relates to that background.

Writings For A General Audience