My interest in philosophy began with the question of inequality: what kinds of justifications allow for those who are wealthy to feel comfortable with their wealth and to not feel they should share it with those who are in need? How is it possible for some to feel morally and intellectually at ease in large homes with many comforts while others can barely pay rent or get enough to eat?

For me the most compelling answers come from philosophers and social theorists that critique the modern technocratic paradigm, thinkers that most often come from the Continental, Feminist, Latin American, Native American, and Environmental traditions. I think that historical and pluralist approaches best help understand our world.

Despite the powerful criticisms offered by many thinkers in these traditions, there seems to be little academic resistance to the technocratic paradigm I worry about. Thus my recent work has centered on why this is the case and has attempted to use Hannah Arendt to analyze how the neoliberalization of higher education leads to a pervasive thoughtlessness in academia. The university is becoming less and less a place for wonder, self-cultivation and thinking and increasingly a place to specialize, strategize and produce. Sadly, I believe that what used to be one of our institutions devoted to thought has become primarily a place devoted to unending and exponential academic production. Not surprisingly, I am currently interested in the ethics of academic production and how the hyper-intense culture of productivity negatively affects the quality of academics, the university and the education of students.

I also have a MS Sociology in which I studied how Heidegger and Nietzsche’s critiques of this technocratic paradigm could improve international development efforts. 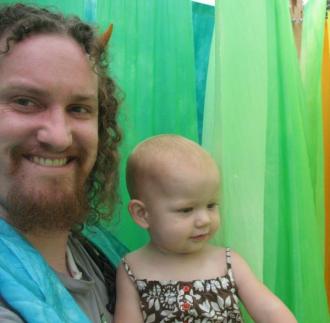 Academics No Longer Think:  How the Neoliberalization of Academia Leads to Thoughtlessness. University of Oregon.  Department of Philosophy. December, 2015.

Hammering Square Pegs into Round Holes:  International Development and the Flawed Ontological Assumptions of Modernity,Brigham Young University, Department of Sociology, 2009.

In my dissertation, Academics No Longer Think:  How the Neoliberalization of Academia Leads to Thoughtlessness, I argue the neoliberalization of higher education results in the university becoming less a place to think, ponder and contemplate and increasingly a place to strategize, produce and train for a career.  This is a result of the volatile infusion and mixing of the logic of calculative rationality at work in consumer capitalism with the logic of scientific instrumental rationality already hegemonic in academia.  this adds to the demands of the academic world of production the demands of the world of consumption.  Now the academic (and also the student) is interpellated not only as a producer of knowledge, but also as an object of consumption (to be consumed by others). These new pressures, previously kept at a distance from academia, explosively accelerate the already rapid process of rationalization of which science is already a key part and increasingly structure higher education as a field of strategic action in which students no longer have the time to think and to develop good judgment.

I worry this undermines the opportunity for students to develop into good citizens that can truly think critically and judge carefully.  Thinking and judgment are, according to Arendt, the only things that can save us if the powerful machines of science or capitalism begin to work in ways they should not.  Arendt saw Nazi Germany use the newest science and the best economic management to systematically kill six million Jews. She saw the disturbing inability of the populace and the intellectuals to capably resist the Nazi machine once it got rolling.  I argue that unless checked, neoliberalization threates to turn the university into a place that discouragtes thinking and the development of judgment in favor of hyperspecialization and strategic action.

This has proven to be a fruitful topic and multiple new projects have come out of it.  Currently I am working on questions concerning the sustainability of academia.

Amor Mundi: What Does it Mean to Love the World? Religion and Science as Critical Discourse Series. Rowan and Littlefield. Forthcoming, 2019.

How the Neoliberalization of Academia Leads to Thoughtlessness: Arendt on the Modern University. Lexington Press. Forthcoming, 2018.