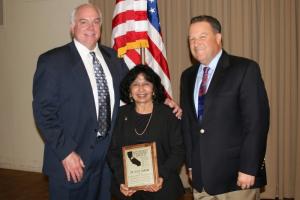 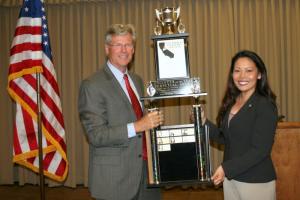 The award recognizes individuals who have dedicated their professional knowledge and skills to the advancement of their community; have participated in nothing but honorable enterprises; have lived and worked according to the highest standards of professional conduct; have placed service before profit; have placed honor and professional standing before personal advantage; and have placed the public welfare above all other considerations.

Dr. Sundar was a founding member of the California Mathematics Project, a statewide program that was formed to enhance the quality of California’s K-12 mathematics education by increasing teacher’s mathematical content knowledge and pedagogical knowledge, and by supporting and developing leadership skills.

Dr. Sundar was instrumental in securing grant funding to establish and support the Preparing Women for Mathematical Modeling (PWMM) summer program, which engages high school juniors and seniors in the exciting field of mathematical modeling. The program helps young women develop confidence, and plants the seed for a college and career path in the fields of mathematics and science.

The 2015 SJEC Distinguished Service Award will be presented to Dr. Sundar at the Annual Engineers Week Banquet to be held on Thursday, February 26, 2015 at Grace Covell Hall on the University of the Pacific Campus. The annual banquet is held during Engineers Week. A nationwide event that recognizes the accomplishments and contributions of the engineering profession.

Please go to http://www.sjec-ca.org/ for event information and reservations.