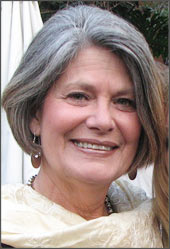 Elizabeth Anne B. Papageorge Outstanding Faculty Award, 2004
Professor of the Year: President’s Commission on the Status of Women, 2004
Woman of the Year in Education. Soroptimist International, 2002

Woven Within My Grandmother’s Braid: The Biography of a Mexican Immigrant Woman,
1898-1982. Floricanto Press. Forthcoming 2009.

Review: Contested Policy: The Rise and Fall of Federal Bilingual Education in the United States, 1960-2001, in the Journal of Southern History. Pending.

“Fannie Zlabovsky and Grandma Stone’s Buick: Tales of Rescue on the Eve of the Holocaust at the US-Mexico Border Crossing.” Empire Conference. CSU Stanislaus, March 13-15, 2008.

“A Woman’s Charity Based on the Dignity of Humankind: Mexico-United States Transnational Communication.” Paper delivered on the panel Representations & Practices of Spirituality and round-table presenter on the panel Aunts, and Aunties: Narratives of Aunts and Aunting in Feminist Lives, at the Organization for the Study of Communication, Language and Gender Conference, Notre Dame, Illinois, October 14-17, 2004.

“Cuba, Castro, Ché, and Coco-Cabs: Reflections on my Trip to the Island of the Palm Trees,” at the Spring Faculty Lecture Series, CSU Stanislaus, Turlock, California. March 24, 2004.

“‘Not a religious vocation, but a way to do God’s work:’ Women Immigration Advocates at
the U.S.-Mexico Border, 1922-1963.” Paper delivered on the panel Women’s Advocacy,
Reform, and the Politics of Immigration on the US/Mexico Border, 1917-1960s at the
Gender on the Borderlands Conference at St. Mary’s University, San Antonio, Texas,
July 12-14, 2001.

Panel Chair and commentator: “Fragile Alliances: Native American & White Women’s
Activism in the West at the Turn of the Twentieth Century,” at the Women’s West
Conference on Gender, Race, Class, and Region. Washington State University,
July 27-20, 2000.