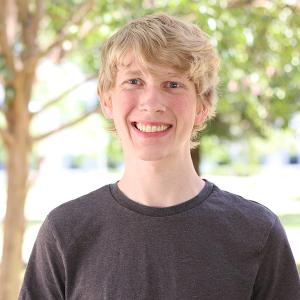 As you embark on your educational journey, you will encounter intriguing and arduous classes. Regardless of your eventual interests, you must master the fundamental skill of writing. You may ask why this skill is important and how it applies to your future. In this letter, I aim to explore your questions and determine the importance of writing.

You need not look far to learn that writing has already had an impact on the present. When I was your age, I was the type of kid who loved to learn about mathematics and science. Were it not for the writings of countless scientists, I would not have decided to study computer science or physics. Sir Isaac Newton, a physicist and mathematician who lived in the 17th century, was a major influence on me. It was his work that laid the foundation for classical mechanics and calculus. His ability to convey his ideas and discoveries in writing changed the world. It is in this changed world that we live, where each word written in the past has left its mark in shaping the present.

This shows an intriguing trait of writing: its ability to pass through time to future generations. You are not just a consumer of the written words of the past. No, you can be a producer, one who chooses to pass on ideas to those around you or to the future ahead of you. What you chose to write is up to you, but now more than ever in the world, you can easily disperse information through pen and paper or digital means. As for me, I want to be a scientist. I want to learn about the world and share what I find with everyone. I want the words that I write to have some meaningful effect on those living beyond my time.

Writing is more than just learning from the past or forwarding lessons to the future. It is a process by which we communicate in our daily lives. Whether it is through writing letters to distant family or sending a text to a friend, writing is engrained in our life. With this comes tremendous freedom in what we chose to express and how we express it. We can be emotive in the forms of lyrics, poems, or plays. We can express complex ideas in scholarly journals. In essence, writing is the common ground of expression whereby people articulate thoughts and ideas freely.

Our ability to store information and have a free medium to communicate would be lost. Without writing, what information we have would be vulnerable to the decay of memory and loss of life. Ultimately the true power in writing is the freedom a person has in what he or she express, and its utility a key that can unlock doors before you. With this in mind, work hard in writing so that the doors ahead will not act as obstacles, but instead be opportunities.

What does writing
mean to you?