The Miracle of Written Language 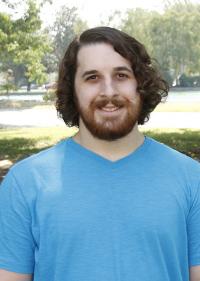 ​Writing has become an integral part of modern life, especially with technology such as computers and smart phones allowing nearly instantaneous written communication. In our contemporary society, people can communicate across vast distances within mere seconds, and yet also leave what they want to say for anyone to find years, decades and centuries later. With both digital and printed text, writing has evolved into the ultimate tool, able to be ephemeral or eternal, comprehensive, concrete, or even a compendium encompassing entire fields of knowledge.

It was not until a mere five to six thousand years ago in human history that spoken language was first developed into a written form. Neurologically, the brain evolved the structures for verbal communication long ago, but written language is much more complex, and the brain is forced to make use of inefficient preexisting structures while trying to catch up. This is why spoken language does not have to be taught to children, but written language does. It is not natural for human brains, which are still wired for survival and communication in a less advanced world. Particular areas of the brain must adapt using neuroplasticity in order to understand and use written language. Disorders such as dyslexia, which can be thought of as the inability to translate these squiggles called letters into the corresponding sounds and meanings, are common because of this. Written language is a miracle, and its effects on culture, society and modern life are fittingly miraculous.

Whatever price we humans pay for the gift of writing pales in comparison to the benefits it brings. Written long ago in ancient Greece, Plato’s Phaedrus criticizes written language as something that weakens people’s memory. What they once had to remember could now be stored on a page, and so memory became atrophied from less necessity and use. What Plato didn’t see was that writing is what connects the memories and accumulated knowledge of countless individuals, cultures and societies across both space and time. Every generation stands on the shoulders of the last thanks to the ability to precisely compile all the discoveries and important events that have happened. Writing allows a more accurate history, with western history arguably beginning in Greece, ironically enough. Today, millennia later, we know of the battle of Thermopylae, and have written books and filmed movies about this ancient event. With writing, immortality becomes a possibility. Statues crumble and mountains erode, but Shakespeare writes in Sonnet 18 that “So long as men can breathe or eyes can see, So long lives this, and this gives life to thee”, which is proven true just by the act of reading it. Shakespeare wrote the sonnet hundreds of years ago, and his words and meaning still survive today, giving both his subject and himself a form of immortality.

Written language not only animates the past, but it shapes the future. News articles on websites and in newspapers, research articles from universities, legislation from governments, and even the books we read in our spare time directly and indirectly shape the world we live in every day. Writing can play an important role in educating people about social problems and health problems. It has the power to bring about social justice, such as helping to remove the stigma associated with mental disorders and permitting those afflicted to seek the help they need without shame.

Written language is a tool fundamental to our modern way of living and working. Businesses thrive using the speed and succinctness of email and online written orders. People fall in love through love letters and text messages that allow them to communicate across continents. Culture evolves in tandem with the style of writing of the time period, as seen with the modernist literature movement in the aftermath of World War One. Writing helps shape public opinion, foreign and domestic policy, cultural norms, economic trends, and so on. Writing allows the preservation of the past, and gives us the opportunity to avoid repeating it but also to rise above our mistakes and actively prevent them from happening again. It allows humanity’s accumulated knowledge, technology, and recorded history to grow with each generation at a remarkable speed. In short, without writing, our modern life would cease to exist, and progress towards a better future would grind to a halt.

What does writing
mean to you?