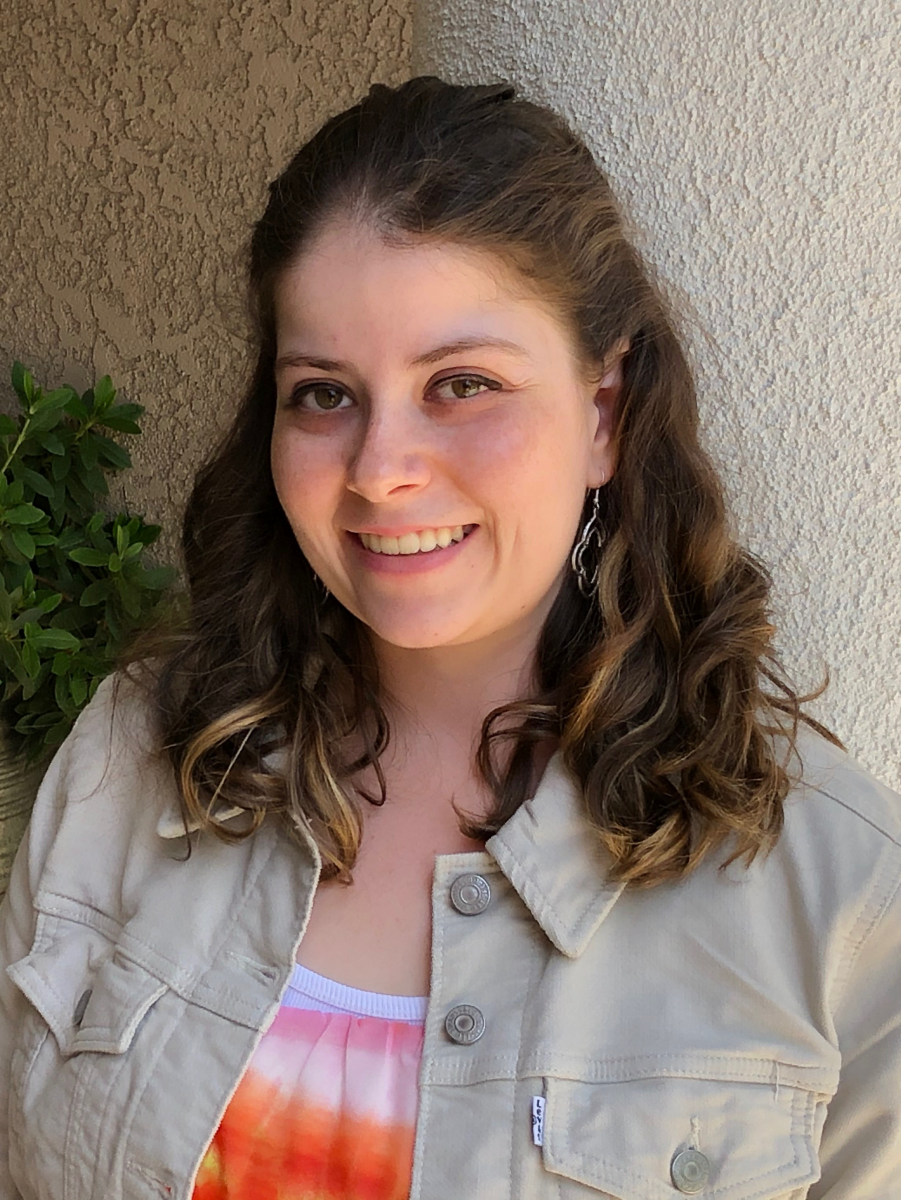 Bethany Harper had no idea she might be recognized for her academic achievement.

That’s why being named one of Stanislaus State’s Class of 2021 Metzger-Geiger Award winners announced at commencement ceremonies came as such a pleasant surprise.

“It is such an honor,” Harper said. “I am not sure that I have the words to describe exactly what this distinction means to me. I was not aware that there was a special award for doing well academically and being honored like this makes me feel so special and blessed.”

Harper graduates with a 4.0 GPA with bachelor’s degrees in English and history.

Harper was born with spina bifida, a birth defect that occurs when the spine and spinal cord don’t form properly. The condition, Harper said, affects “everything below the waist.” Walking on uneven terrain is challenging for her, as is walking long distances. She continues to work to overcome the disability, but it inspired her success in the classroom.

“Living with spina bifida has definitely increased my desire to do well academically,” she said. “I am not able to excel at physical things, so I put all my effort into academics. I have been blessed with the ability to do well in classes and I really enjoy learning, so academics became the area that I decided to do my best in order to excel.”

A love of learning began before she arrived at Stan State from Beyer High School in her hometown of Modesto. Harper took several advanced placement classes in high school and graduated with a weighted GPA higher than 4.0. She had the second-highest GPA in her class.

Transitioning to college came naturally to her.

“I am a planner and a scheduler by nature, so I did a whole lot of planning in advance,” she said. “There were definitely several classes where I thought I might not get an A, but I told myself that if I did my best and still did not get an A, there was nothing more I could do. If I promised to do my best, I would be happy with that. ”

She is currently pursuing a master’s degree in a Liberty University online program. Her dream is to teach American history.

Her own history is a lesson in perseverance and overcoming adversity.

“There have been so many lessons that I have learned from living life with spina bifida,” Harper said. “I have learned that your daily outlook on life is a choice. It’s not an easy choice. It’s not a choice that will always make sense to others, but in the long run, hope and joy is always the better choice. And that’s the key word: choice. I’ve come to learn that my attitude is my choice and the effect it has on other areas of life, either my own or others, cannot be overstated.” 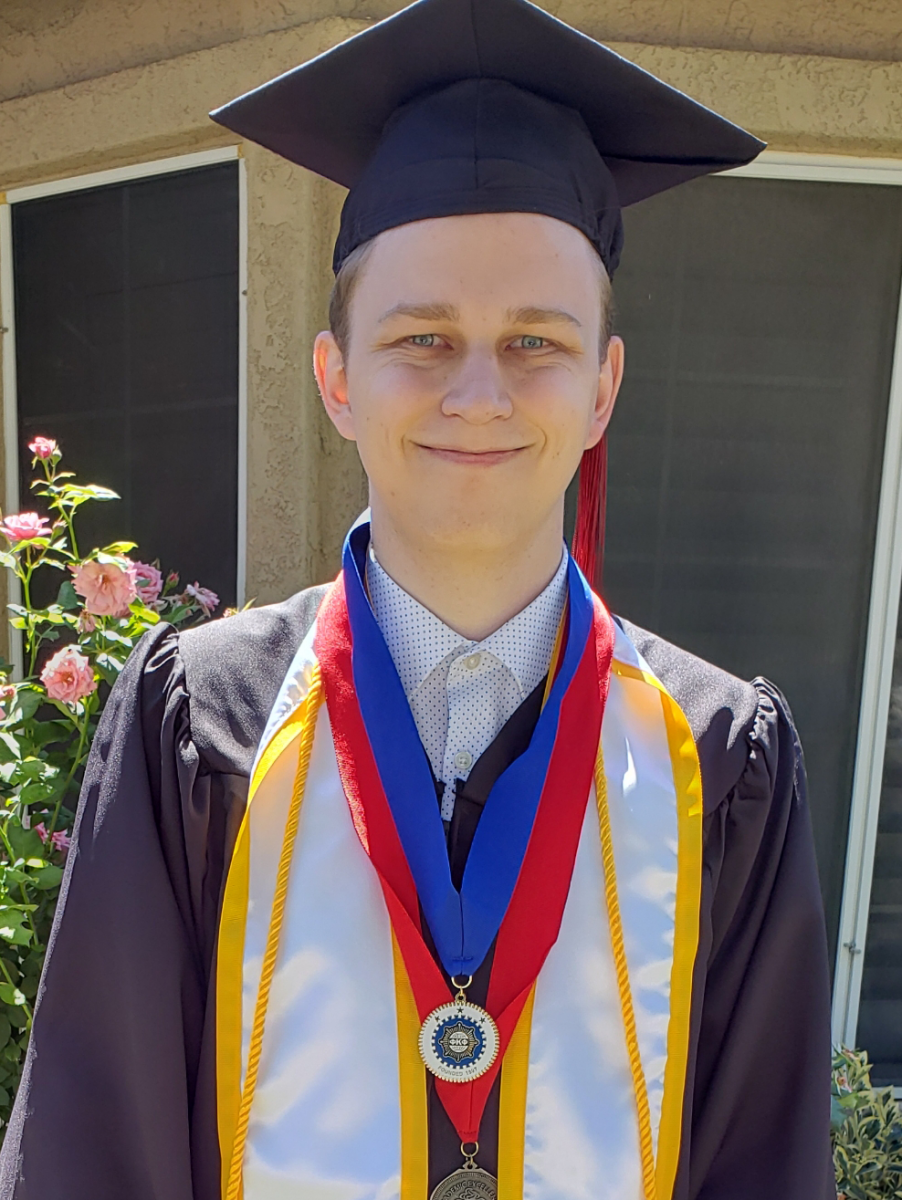 When Marcus Ruddicks looks back at his years at Stanislaus State, he is glad he made the effort to take advantage of everything the University has to offer while also staying focused on his studies and maintaining a 4.0 GPA.

“I think that college is probably one of the best times in your life to explore things and test your boundaries. Apply for a part-time job, try to make a few friends, conduct your own research, ask that girl out,” he said. “I did all of that, and it greatly enhanced my experience and decreased my overall stress.”

A Modesto resident who majored in economics, Ruddicks chose to attend Stan State because it was nearby, and he knew he could save money and avoid stress by living at home while attending school. Once he arrived on campus, he quickly realized that his choice was a good one.

“It started as a convenience, but I really grew to love the school and its people,” he said.

His favorite Stan State memories are of good times he shared with others. Getting dinner with friends, studying for tests in a group and hanging out in the Honors lounge are the moments that stick with him. He also enjoyed participating in clubs and campus activities, and he says those experiences were important to his growth as a well-rounded individual.

“Some of my best experiences were at club events or with friends, and I think that those sorts of extracurricular activities are a big part of making sure you’re an overall happy, well-rounded person,” said Ruddicks, who worked as a tutor and took on club leadership positions. “I put a lot of work into maintaining my grades, but I was also sure to make friends and join clubs along the way.”

In the Economics Department, he found that Professor Elaine Peterson was a reliable, helpful presence in his educational journey. She was the professor for two of his courses, the faculty advisor for the Economics Student Association and his faculty mentor for his senior research project.

“She was a constant presence during my time at Stan State, and she was always there to help with whatever I needed,” he said.

With his bachelor’s degree in hand, Ruddicks hopes to use his education to help people. He says he plans to stay in the area and start a career in public service, perhaps at a nonprofit organization or in the public sector.

“I think that would be a great application of my economics background,” he said. “I’m going to try to make life better wherever I am, and here is where I’m going to stay for now.” 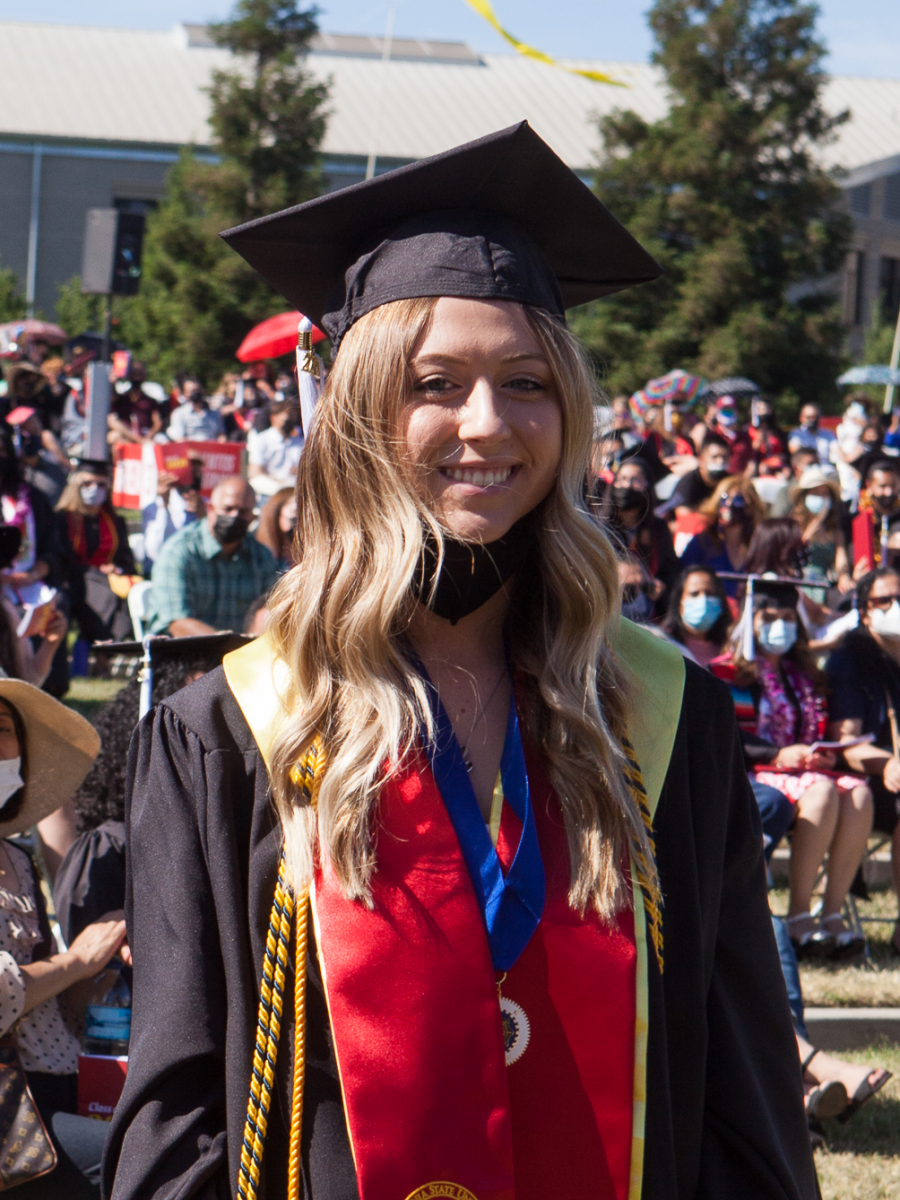 While adapting to virtual learning due to the COVID-19 pandemic, Riley Taylor was reminded of the importance of self-discipline and commitment to achieving a goal.

“One of the most powerful things I learned was perseverance and responsibility,” said the Oakdale resident who earned a bachelor’s degree in three years with a 4.0 GPA.

“Attending college during a global pandemic taught me that staying true to your goals and meeting your own standards of success is a personal responsibility. Your strongest advocate for success is yourself.”

A liberal studies major with a concentration in Earth science, Taylor graduated from Oakdale High School with a 3.6 GPA and the determination to learn as much as possible and earn top grades throughout college. She believes it was determination that ensured her academic success at Stanislaus State.

“By no means am I the smartest, but I do consider myself one of the most dedicated,” she said. “I was extremely dedicated to receiving a high GPA and graduating in only three years.”

With her sights set on becoming a local elementary school teacher, Taylor was attracted to Stan State by the teaching program’s reputation for excellence, and she wanted to stay close to home. She follows in the footsteps of her mother, who graduated from Stan State in 2011.

In the Liberal Studies Department, she found Associate Professor Daniel Soodjinda to be an inspiring mentor whose knowledge and commitment to students encouraged her to think beyond a bachelor’s degree.

“He always answered my last-minute questions and was one email or text away if needed,” she said. “His knowledge and achievements have inspired me to set even higher goals, and I plan to continue my education into graduate school because of him.”

Taylor looks forward to sharing her love of learning with future generations and teaching them the importance of education. For future Stan State students, she has a few words of advice:

“Not everyone can attend college, so take advantage of this opportunity and learn as much as possible. For me, success came because of dedication, organization and giving maximum effort. If I can do it, anyone can do it!”