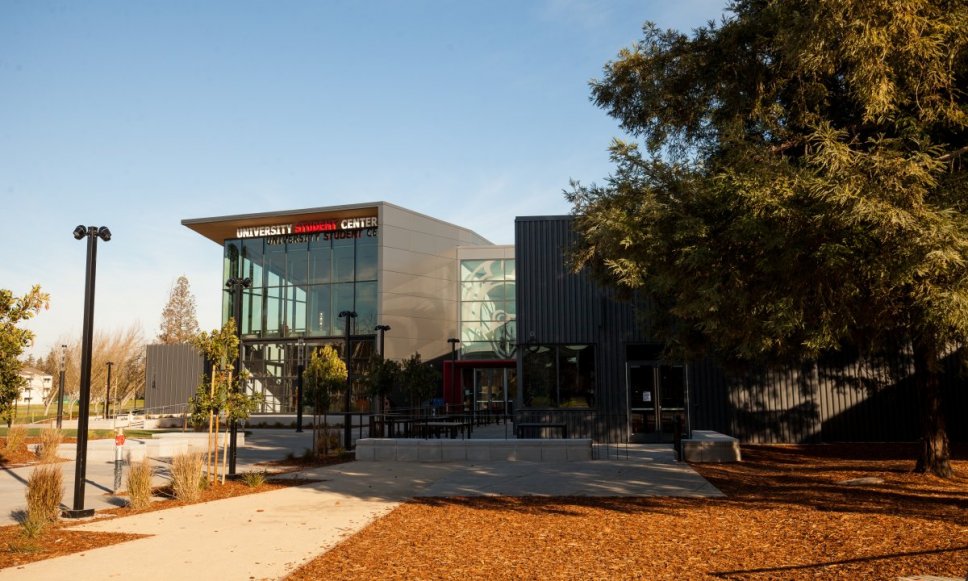 The historic progression of diabolical characters from Renaissance stages to contemporary films, the creation of software to track wild animals and the need to inspire critical thinking in middle school students are among topics presented by Stanislaus State students during the University’s 35th Annual Student Research Competition.

Stan State judges awarded Best Overall Presentation to graduate students Phoebe Roberts for “Poison and Femininity on the Renaissance Stage,” and Nathan Wilke, whose topic was “The Machine Man: Early Modern Theatre’s Automaton and its Influence on the Revenge Film.” Both worked with faculty mentor Anthony Perrello in the Department of English.

Jarred White, who presented “Unholy Resurrections: Ghouls of the Grave in the Western Film Genre,” dazzled the judges to earn the Best Question and Answer Performance Award. An English graduate student, his mentor is Monica Montelongo Flores.

Ryan Jordan, a graduate student studying English literature who also worked with Perrello, presented “The Red Thread of Revenge: A Through Line from Western Drama to the January 6th Insurrection.” Graduate student Manny Nunez in the social work program presented “Basic Needs and Academic Outcomes,” which looked at CSU-wide surveys and Stan State data. Katherine Sheldon, a graduate student studying English literature, took on an unexpected perspective of an Irish poet with “Belfast to Berkeley: Seamus Heaney in a Divided World.”

“I really enjoyed the student presentations and the question-and-answer session, and I think the students did an outstanding job in the midst of very challenging circumstances,” said professor-juror Bell, who previously served as a faculty sponsor to student presenters as well as a judge. “I look forward to the Student Research Competition every year. Having it during the pandemic was a bright spot of normality in challenging times, and I really appreciated the chance to think about a wide range of research questions — from squirrel behavior to undead revenants to Irish poetry — rather than infection rates and vaccine distribution schedules.

“This year’s competition really showcased not only Stan State students’ scholarship but also their resilience. I'm really humbled to have been involved and grateful to the Office of Research and Sponsored Programs for hosting the competition.”

It was the first time De Silva served as a judge, but she competed in the event previously as a Stan State student, as did Hollcraft.

“As a mathematician, I found great value in seeing what research is like in other disciplines — especially those in the College of the Arts, Humanities and Social Sciences,” De Silva said. “Nathan, Jarred and Ryan gave incredibly interesting presentations with revenge as an underlying theme, and you could feel their excitement about the topic during the Q&A session. Phoebe’s presentation took advantage of the recording/virtual aspect of this year’s competition, using B-roll and imagery from the films and text with voice-over to describe what we were seeing.

“In addition to learning more about research in the other colleges, I was impressed to see the potential impact of several of the research projects.”

Hollcraft, too, had been a competitor when she was a Stan State graduate student, and this was her first opportunity to serve as a jurist.

“It was nice to return in a different role,” Hollcraft said. “I felt connected to the participants as a former participant myself, and I could understand and empathize with any nervousness or enthusiasm they were experiencing.

“The competition was incredibly fun for me, and what I most appreciated was how obvious it was that each participant was connected to their research on a personal level, either because they were researching services or tools that benefit others on campus or because their research centered on their personal interests in their disciplines. I appreciated how engaged the students were in their dialogue with the jurors, and I was also glad to see how supportive and attentive they were toward each other.”