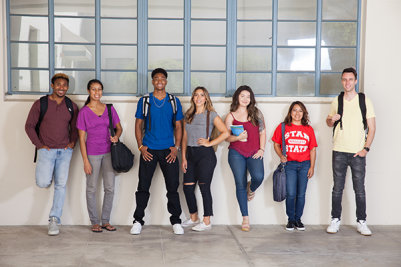 ​The quality of a Stanislaus State education again has received national acclaim, as Money magazine has ranked the University as the nation’s top “value-added” public college on its list of “Value-Added All-Stars.”

The publication lists Stan State as No. 6 overall for “helping students do far better than would be expected from their academic and economic backgrounds,” using methodology that grades colleges according to graduation rates, post-graduate earnings and student loan repayment. The top five colleges in the rankings all are small private colleges, led by Touro College in New York City. Sacramento State, San Jose State, Cal State East Bay and UC Davis are the only other California public universities to make the 50-college list.

“It’s empowering to be recognized for the way we serve our region,” said Stan State President Ellen Junn. “Our important distinctions are gaining visibility and honors like this one from Money magazine are a source of pride for the entire University community. Many of our wonderful faculty were drawn to Stan State for the chance to advance the region’s future by teaching many of the bright but underserved students of Central California. This honor reflects how successful we continue to be in meeting that primary mission through excellence in teaching.”

In addition, Money placed Stan State No. 82 among the 711 colleges on its “Best Colleges For Your Money” list, which uses a methodology that combines educational quality, affordability and alumni success. Among the 23 California State University campuses, only three – Long Beach State, Fresno State and Cal State Los Angeles – ranked ahead of Stan State.

This is not the first time Stanislaus State has been honored as the nation’s top value-added public university. Money magazine, using a slightly different methodology in 2015, ranked Stan State No. 3 overall and No. 1 among public universities that help students “exceed expectations.” Later that year, in a study commissioned by National Public Radio, Stan State was ranked No. 5 among all American colleges for the “upward mobility” of its students.  This year the University was named a 2017 Social Mobility Innovator by CollegeNET.