Note: This article is part of the StanGrad series highlighting Stanislaus State students who are part of the Class of 2020. Read more StanGrad profiles. 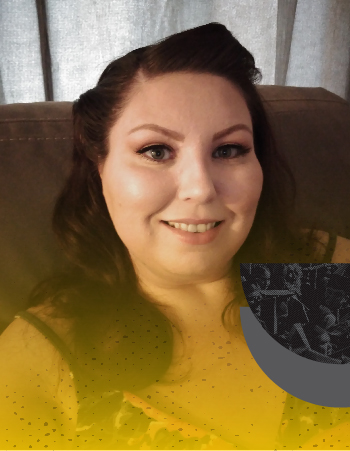 After advancing to the top 16 teams in Stanislaus State’s first ever appearance at the American Moot Court Association’s Western Regional competition last November, Class of 2020 graduate of the criminal justice and legal studies programs, Ana Villegas, plans to build on that momentum in pursuit of becoming a prosecutor with the Stanislaus County District Attorney’s Office.

“It was the first time that Stan State participated in the competition and I was excited to just be a part of it,” said Villegas. “I am proud of the hard work that everyone in the Moot Court class put in to preparing for the competition. That hard work paid off.”

“All of these schools have long established teams and programs, but Ana’s team advanced to the Sweet 16 for Day Two of the tournament,” said Blake Wilson, assistant professor of criminal justice.

Through her prep work and participation in the competition, Villegas “stunned everyone” with her hard work and determination, Wilson said.

“Not only with her own success, but the success of her classmates and the Moot Court program in general,” he added.

“Ana is simply outstanding and deserving of recognition,” Wilson said.

Due to her high GPA (3.76) and LSAT score, Villegas is en route to University of the Pacific, McGeorge School of Law this fall with a financial support award of more than $55K a year, which is the equivalent of a full academic scholarship.

“My goal is to become a prosecutor. However, I have grown to appreciate the work the California Rural Legal Assistance Office does for the community,” she said.

Villegas hopes others learn from her experience in carving out her own academic path. If she could offer students one piece of advice, she said it would be to not be afraid to ask for help. She said the school has great resources and the professors are happy to help.

“Joining study groups, reaching out to professors, visiting the writing center, joining Pre-Law Society; these were just some of the resources that helped me along the way,” she explained.

The full-time student and full-time mom said the one most powerful thing she learned about herself during her time at Stan State is, “I am capable of more than I give myself credit for.”

“Competing in American Moot Court Association. It was the first time that Stan State participated and I was excited to just be a part of it. I am proud of the hard work that everyone in the Moot Court class put in to preparing for the competition. That hard work paid off by my teammate and I advancing to the top 16.”

“Professor Wilson of the Criminal Justice Department has had the greatest impact on me. I felt lost in how to best transition to law school and he was helpful in building a plan that worked for me. He pushed me to do better by encouraging me to get out of my comfort zone. If it were not for his words of encouragement I may not have participated in Moot Court or the Court Observer Program, which wound up being two of the best experiences during my time at Stan State.”

“Do not be afraid to ask for help. The University has great resources and the professors are happy to help. Take advantage of visiting during office hours. If you are interested in attending law school, join the Pre-Law Society.”