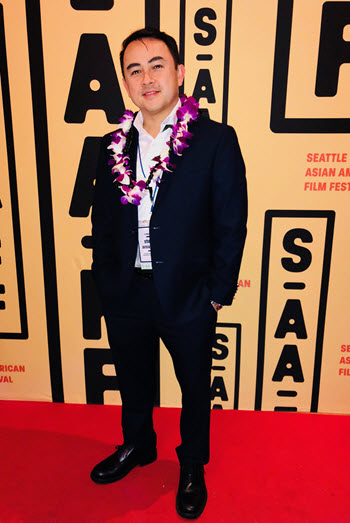 “I’ve had a passion for video since high school,” said Arounsack, a Stan State alumnus who has been the Director of Keck Visual Anthropology Lab (KVAL) at the University since its 2013 inception. “I really dug deep into it while doing my graduate work here at Stan State with a documentary about Southeast Asian traditional music in the Central Valley. We initially had modest hopes for it, but eventually it made on the local PBS station (KVIE in Sacramento) and went nationwide. That really started my journey. I began to hone my technical skills and ethnographic interview techniques from that point on.”

Meanwhile, a second documentary, Getting Lao’d: The Rise of Modern Lao Music and Films also received a funding award from the same organization and was selected for the Seattle Asian-American Film Festival and the Kineforum in Jakarta, Indonesia. This project, filmed over 10 years, follows a new generation of young pioneers as they reimagine Lao media in a Communist country. The film features many of the country’s most prominent musicians and filmmakers and is perhaps the most comprehensive examination of the rise of modern music and films in Laos.

Arounsack also is co-producing a feature-length film, Raising a Beast, which is in pre-production in Laos. It has been chosen for three film labs in Asia and is one of only four international film projects to receive a 2018 Tribeca Film Institute Pitching and Mentoring Award.

One of the great benefits of becoming proficient in film work, Arounsack said, is the way it’s taught him how to observe everything around him while also listening to what everybody — especially his students — have to say.

“My film experiences definitely inform my teaching at Stan State,” he said. “Foremost, it has taught me to critically listen to my students. Each student has a story.”

In Arounsack’s visual anthropology classes, students get to tell stories on film. As he explains the course, it’s not for the uninspired.

“My visual anthropology course leverages my film experience in its totality,” he said. “We run through the gamut of technical training (filming and editing) to field interviews. Working in teams, students create a documentary in 15 weeks. That is no small enterprise, as each project takes on average of 200 extra lab hours. That course is one of the most academically and emotionally intense experiences I’ve been part of in my years here on campus.”

Stan State will be hosting a screening of Getting Lao'd on Tuesday, Mar. 20, in Snider Recital Hall (7-8:30 p.m.)  The film runs 40 minutes, followed by a discussion with Arounsack.