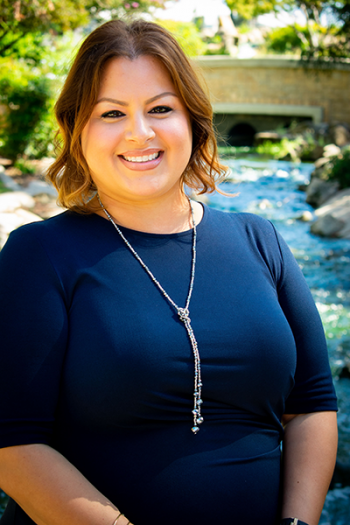 Danica Bravo, who has spent the last two years at San Joaquin Delta College developing an outreach program for previously incarcerated students, has been hired by Stanislaus State in a similar role, as Coordinator of Project Rebound, a new program for the University.

“Project Rebound is a program that specifically serves formerly incarcerated students at nine California State University campuses,” Bravo said. “It was created for anyone who has served time in jail, prison or juvenile detention whether it was for just one day or 20 years.”

The program was originally established in 1967 at San Francisco State University by the late John Irwin. It is designed to change the trajectories of those involved in the criminal justice system.

Bravo’s position is shared between Stan State and Modesto Junior College and includes establishing a clear pipeline for formerly incarcerated students to transfer from MJC to Stan State.

“This is part of a temporary partnership with Modesto Junior College. When the contract expires, I will be full-time at Stan State,” Bravo added.

While developing a similar program at Delta, Bravo attended classes at Stan State’s Stockton Campus, where she recently earned a B.A. in Social Sciences. She said she was drawn to her work as a method to help people in her community better their lives.

“Growing up, attending school and working in Stockton, I saw parents who were not always able to supervise their children or look over their homework because they were busy working to provide their families with basic needs,” she said. “Some of these kids got into trouble and I kept asking myself, ‘How can I help this population?’ That’s when I knew I wanted to work in this field.”

Over the last five years, Bravo said she has helped hundreds of people. She sees education as an important tool for formerly incarcerated students to change their pathway in life, reconnect with their communities and empower themselves while at the same time reduce recidivism.

“This is huge because a large number of people get out of jail, reoffend and then go right back in,” she said.

Bravo hopes to inspire students who fall into this category at the junior college level to continue their higher education at Stan State. She also encourages current Stan State students who were formerly incarcerated to seek out services.

“There are a lot of students that don’t come forward because they’re either embarrassed or unaware there’s a department with resources available to them,” she said. “I would like for students to know there’s support here, that there’s someone with a lot of experience that can help them succeed.”

“We hope to help them obtain parking passes. If they don’t have a vehicle, we’re also working on identifying funding to help them with a bus pass,” she said.

The program is also working to provide students with basic needs, such as the cost of books and food, as well as with help finding employment, internships and volunteer work.

“This is an amazing program that assists those already taking courses at Stanislaus State as well as those who wish to attend” she said.