Math Faculty Member Counts on Technology to Connect with Students

​Remote Learning Provides a Positive Takeaway from the Pandemic Takeaway 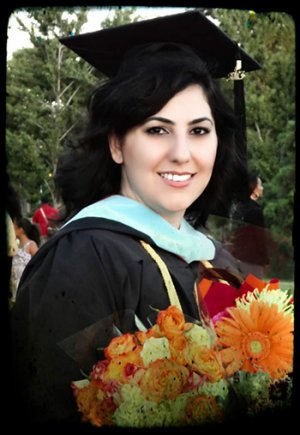 Remote learning induced by COVID-19 proved challenging and frustrating for many if not most educators and students across the country. For Helen Aleksani, it provided a revelation. Aleksani, a lecturer in the Department of Mathematics at Stan State, has found value in recording her classes, and says she’ll keep doing so after face-to-face classes resume.

It’s a strategy she plans to continue using both for her students at Waterford High School, where she teaches everything from pre-algebra to advanced placement statistics and calculus, and at Stan State, where she teaches math for elementary school teachers.

“I’m recording everything I’m giving my students. Everything I do is online,” Aleksani said. “Parents can see it and they tell me, ‘Helen, you taught me so much more than I ever knew about math,’ because they’re watching the videos with their kids.”

Aleksani, who has taught for 14 years and was the 2015 Stanislaus County Teacher of the Year, understands not all teachers are comfortable recording themselves. Only a handful of teachers across different disciplines are following her lead and recording their classes. In time, she hopes more teachers become comfortable with it and see it as a useful tool.

It’s not the first time Aleksani has learned to innovate in the classroom.

When she started teaching at Stan State, preparing future elementary school teachers to teach math, she was confronted with students who’d been taught traditional math lessons but would be asked to teach Common Core State Standards.

“The majority of them don’t feel comfortable teaching mathematics. Their concentration is literature,” Aleksani said.

She set up a role-playing exercise and had students teach her about the common denominator in fractions. She played a discouraged student who didn’t care and challenged the teacher as to why she needed a common denominator.

“I start asking teachers to teach me,” she said. “You should have seen the looks on the faces of these teachers. They realized, ‘When we present a lesson, we have to break it down into the simplest possible atom.’”

Learning mathematics wasn’t a challenge for Aleksani, a Christian who fled predominately Muslim Iran in 2000 with her parents and younger sister.

“I loved mathematics as a child,” she said. “Mathematics is the only language you can speak no matter where you are. I was fluent with the language.”

She wasn’t fluid in English, though. She spoke Farsi as well as Armenian and Assyrian, the languages of her father and mother, respectively.

Enrolling at Modesto Junior College upon arriving in the United States, she learned enough English to advance out of English as a Second Language courses. Despite warnings, Aleksani enrolled in a math class taught by Sarah Curl, whom students regarded as one of the toughest teachers at the college.

“I loved her. This woman knows mathematics and knows how to teach it,” Aleksani said. “Back then I didn’t know how to speak the language. She was a teacher who showed me teaching is way more than teaching content. Teaching is keeping the students motivated, keeping them there, to overcome their problems, whatever the barriers are.”

Curl struggled to understand Aleksani’s questions and suggested she write them down when she did her homework. Aleksani would use her dictionary to find the right words and hand in pages of notes. Curl would write out her responses.

“I said, ‘This is what I want to do. I want to show kids they can. They have to look beyond their limitations,’” Aleksani said. “She was the reason I became a teacher.”

At Stan State, she found other inspiring mathematics teachers.

“When I walked into the Math Department and met Dr. (Viji) Sundar for the first time, the way she talked to me was like talking to a friend. It felt so good,” Aleksani said.

Then she had classes with Brian Jue, Michael Bice and Heather Coughlin.

“They were so patient with me. My English wasn’t good,” said Aleksani. “I could tell that sometimes when I was talking to them, they couldn’t understand me, but they never acted like they didn’t understand me. They rephrased their questions so I could explain myself again.

“They showed me the true meaning of teaching. It obviously is not a job to them. It’s more than that.”

It’s more than that to her, too.

She earned her bachelor’s degree in math and a single-subject credential and began teaching math, but also obtained master's degrees in educational technology and mathematics.

Frustrated when students arrived at Waterford High seemingly ill-prepared for her math classes, she blamed lower-level teachers. Her mentor, then-principal and now superintendent Don Davis, suggested she work to help the lower-grade teachers.

“I realized how much work they do and the stuff they have to deal with,” Aleksani said. “It was an eye opener. They taught me more than I taught them.”

What they agreed on was the need to work together to approach curriculum in a unified way. She continues to serve as a math coach for teachers in the Waterford Unified School District. It’s just one of the many hats she wears.

The Stan State lecturer hat came on three years ago.

“One day, Dr. Sundar invited me to her class to present a Common Core-based lesson to her students,” Aleksani said. “So, I went to her class and presented, and Dr. Sundar said, ‘This is very different teaching.’”

She suggested her former student would be a good fit to teach math for elementary school teachers. She was right, if evaluations on Rate My Professors mean anything.

“Honestly one of the best professors I have ever had! She is very kind, caring and will always answer any questions you have,” is typical of the comments.

They’re just one indication she learned more than mathematics from her own college professors.