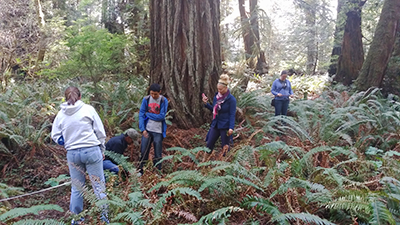 Five CSU Stanislaus students took home honors from the 69th annual conference of the California Geographical Society (CGS), held May 1-3 at Humboldt State University, but they were far from the only beneficiaries.

Within three days of the students' return to campus, Jennifer Helzer, director of the geography program, received a phone call from a student at Sacramento State. According to Helzer, the student's advisor attended the conference, and after hearing the presentations saw CSU Stanislaus as a good graduate school fit for the student.

"We've been building for several years toward having this kind of success at the conference," Helzer said. "This is a conference that is very supportive of students, many of whom are presenting papers for the first time. This success is a feather in our caps and in many ways helps to put our program on the map."