CSU Stanislaus Moves Ahead of the Flow in Drought Management 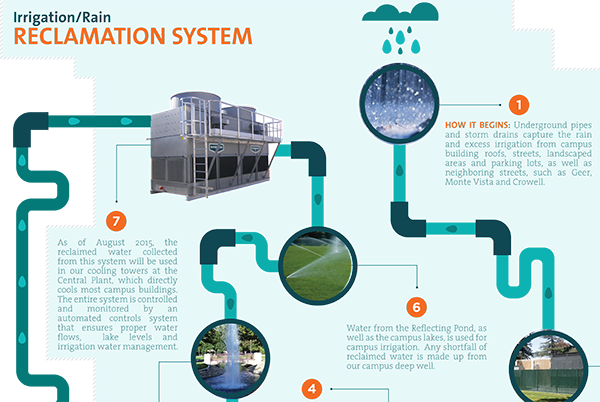 In addition to serving as a dramatic focal point, the pond had a practical purpose. In case of prolonged, heavy rain, storm drains throughout campus would divert runoff into the pond until the major pipeline beneath the campus could safely carry the high volume of water to the Stanislaus River.

But what was designed as flood protection has become the heart of the University's current and future water conservation efforts. In addition to protecting the University from flooding, the reflecting pond —in concert with the lakes and drains on campus that recycle virtually all irrigation runoff — allows the University to maintain abundant landscaping without tapping into Turlock's municipal water supply.

That ingenuous bit of engineering is the foundation of the watering system, but with the drought in its fourth year and mandatory restrictions in place, the University is finding ways to maximize its resources, whether for irrigation or human consumption. The campus continues to get all drinkable water from the municipal supply, and when the irrigation supply needs replenishing the University pumps from its own deep well.

Earlier this month, the University unveiled a list of 20 water-saving measures currently in place, including the installation of flow-reduction devices on faucets, showerheads and sprinklers, the constant adjustment to water scheduling, and the introduction of more drought-tolerant plants.

But the heart of the campus irrigation system beats strong after 50 years.

"That pond was meant to hold the water until we could release it," said Tim Overgaauw, director of facilities operations at CSU Stanislaus. "It was always there for irrigation, but we're finding that these events of water discomfort are fertile times for innovation. We've been dealt a fantastic hand, and now we're being forced to maximize what we have. We've been forced to walk the razor's edge between not watering things and trying to be efficient with the water."

With all CSU campuses mandated to cut water use by 25 percent, the practice of keeping everything green has been deemphasized, and even discouraged in some applications. How that applies to CSU Stanislaus, a campus known for its park-like beauty, becomes both a practical and emotional issue. While there's no need or practical desire to maintain all campus grassy areas, certain areas must be kept in top condition.

But it's a bitter moment when a crew that for decades has taken exceptional pride in keeping CSU Stanislaus green is told that the new water strategy will result in burgeoning shades of brown.

"This is not easy for our grounds department," Overgaauw said. "This is not how they were trained. They've put thousands of hours into making this a place that draws kids to attend college in Turlock. We don't have the beach. For many years one of our draws been the campus landscaping. But we've accepted the fact that having the greenest lawns in town is probably a bad idea. Everybody in this area is coming to terms with the idea that brown is the new green. It sends a message. It's also a necessity."

A computerized control center has been  installed, allowing every aspect of landscape watering to be measured and manipulated. The system includes moisture sensors to determine when an area needs water, and a connection to an on-campus weather station that alerts the system when a storm is approaching and irrigation needs to be curtailed.

Four more drought responses are in the works that will place CSU Stanislaus at the forefront of water-efficient campuses. The most significant involves the University's cooling tower, which uses evaporation to reduce the temperature of the incoming supply and currently is the largest user of municipal water on campus. A front-end filtration system is being put in place that will allow the cooling tower to use irrigation water.

The water from the cooling tower would be returned to the irrigation supply — another instance of how the University is striving for conservation.

Much of the effort involves new technology, but the reflecting pond provides a great kick-start. Whether a campus designer 50 years ago had the foresight to plan for drought or was just building a flood basin remains unknown.

What is known is that the pond, along with the system of lakes, remains a shimmering example of engineering excellence — one that will help CSU Stanislaus to not only respond to the drought but be a leader in water conservation.

"We're fortunate that the pond was set up this way," Overgaauw said. "There could have been an engineering decision made 50 years ago that could have rendered it unusable for what we're trying to do. The fact that it is the way it is excites us, and we want to maximize it.

"The system and the way we use it could be a poster child for really good management practices and how to get the most from every drop of water." 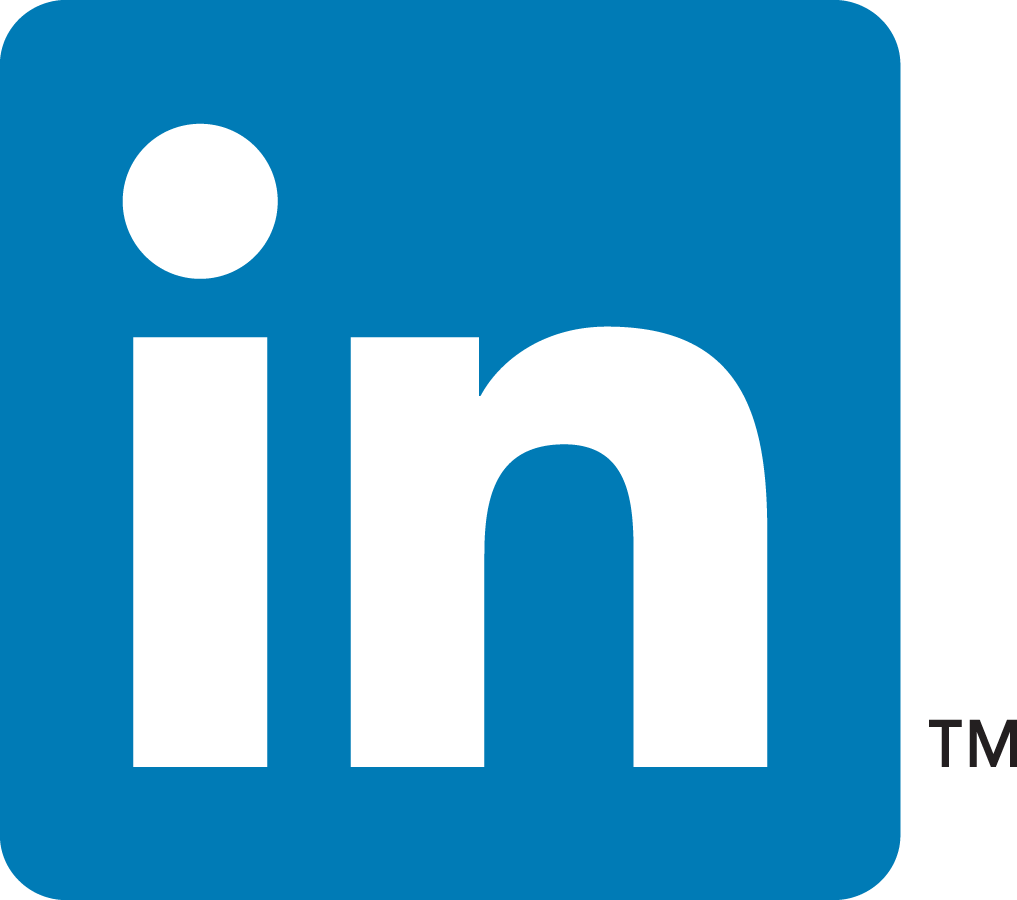